"Diversity may be both the hardest thing to live with and the most dangerous thing to be without."

God has created a world that abounds with variety. Everywhere we look, we see signs of heterogeneity which can serve as a spur to our wonder. To be truly alive in this fascinating world is to open our hearts to the "others" who are very different from us. The famous entertainer P.T. Barnum (Hugh Jackman) called these folk "curiosities."

This biopicture tells the story of the beginning entertainment shows that morphed into the famous Barnum & Bailey Circus. Riding a surge of energy, this entrepreneur plays a major role in the lives of his wife Charity (Michelle Williams) who stands by him through thick and thin; with the stars of his shows; with a successful playwright (Zac Efron) whom he mentors; with opera singer Jenny Lind (Rebecca Ferguson) whose talents enable him to prove himself to the upper class; and with a skeptical critic (Paul Sparks) who is turned around in his thinking about Barnum. 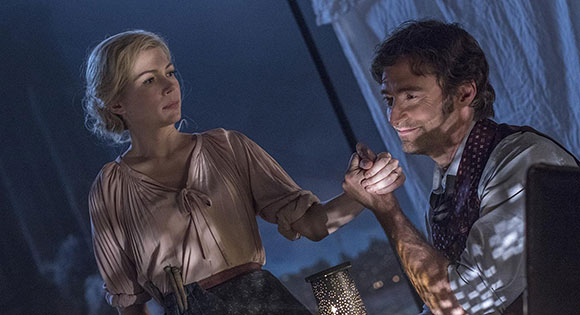 In his directorial debut, Michael Gracey makes the most of the singing and dancing in this movie musical. Be sure to savor the romantic encounter between the newly hired playwright and a lithe acrobat (Zendaya) who circles around him in the air and even lifts him off his feet.

After experiencing this film, we revisited Freaks: Myths and Images of the Secret Self, a 1978 book by literary critic Leslie Fiedler. He writes: "Only the true freak challenges the conventional boundaries between male and female, sexed and sexless, animal and human, large and small, self and other, and consequently between reality and illusion, experience and fantasy, fact and myth." Freaks have an important role to play in any society; they tease and test our openness. 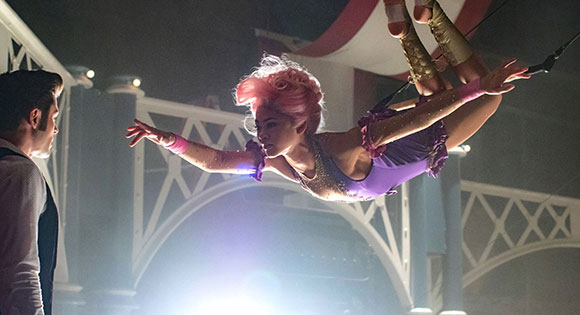 Barnum celebrates the chorus line of freaks in his circus and eventually comes to realize that he has created a safe place for them which they view as home. As these performers dance and sing, we were reminded of the words of James Conlon his book Lyrics for Re-Creation:

"At the heart of creativity is diversity. Diversity is at the core of the universe and is its art form. We need to embrace and appreciate the differences in places and people." 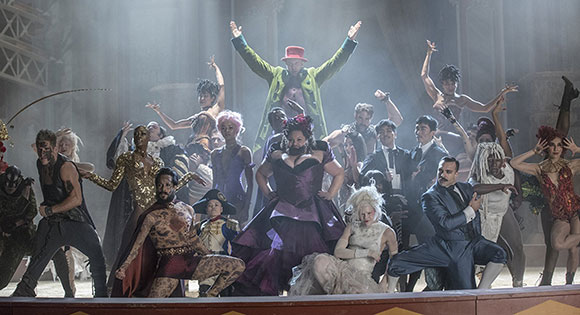 The take-away spiritual message of this film: Blessed are the Inclusive.

PG - thematic elements including a brawl