Directed by Hong Sang-soo
A slowed-down drama rendered with simplicity and nuance.

South Korean film director Hong Sang-soo has a graceful and subtle cinematic style which comes across beautifully in this brief and idiosyncratic drama set in Cannes during the famous film festival. With simplicity and nuance, the writer and director demonstrates the same kind of respect for his flawed characters as Eric Rohmer did in so many of his films. We can't help but point out that one of Rohmer's best creations was titled Claire's Knee.

In the opening scene, Manhee (Kim Minhee), a South Korean film sales agent, meets at a café with her boss, Yanghye (Chang Mihee), a stern woman who tells her that she can no longer employ her because she no longer believes she is honest. She refuses to explain what Manhee has done to merit such an uncaring dismissal. 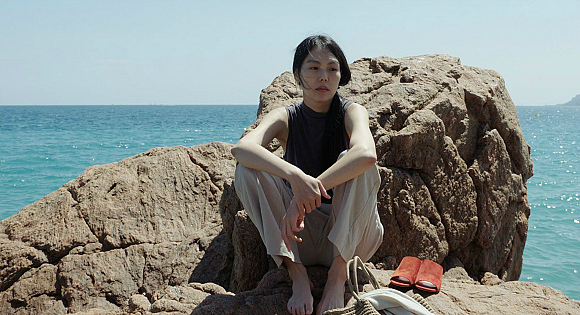 Luckily for Manhee, who has plunged into an understandable depression, she by chance meets Claire (Isabelle Huppert), a French school teacher who is a compulsive photographer. These two strangers forge an easy and rewarding bond. Together they decide to figure out why Manhee has been fired. It turns out that Claire has just met So Wansoo (Jin-young Jung), a 50-year-old Korean director who is in the city to present his new film, who provides some clues.

Asked why she takes so many pictures, Claire answers "Because the only way to change things is to look at everything again very slowly." We remember a similar insight in Wayne Wang's urban drama Smoke where a store owner takes pictures every day of the corner where his shop is located. When he shares albums filled with thousands of these pictures, he tells his neighbor, "You'll never get it if you don't slow down." 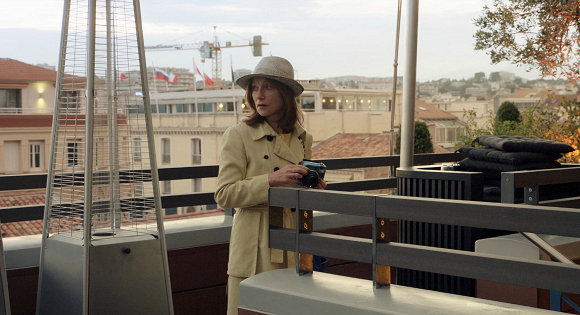 Eventually, Hong gets around to revealing why Manhee was fired but he is in no rush. In an era when so many Hollywood movies are noisy, speedy, and bombastic, it is a real pleasure to enter the theatre and experience a slowed-down drama revolving around coincidences, being creative, coping with addictions, and delighting in the connections with complete strangers.