Directed by Saul Dibb
A meaningful portrait of a World War I British soldier who proves himself to be a wounded healer.

"War begs for meaning, and amazingly gives meaning, a meaning found in the midst of its chaos. Men who survive battle come back and say it was the most meaningful time of their lives, transcendent to all other meanings. Major books have collected these accounts and are dedicated to this theme. Despite the wasting confusion, accidental senselessness, and numbing dread, meaning appears among those engaged, meaning without explanation, without full understanding, yet lasting a lifetime. After World War II, a Frenchwoman said to J. Glenn Gray, 'You know that I do not love war or want it to return. But at least it made me feel alive, as I have not felt alive before or since.' "
— James Hillman in A Terrible Love of War

This character-driven story directed by Saul Dibb is about a band of British infantry soldiers in their inadequate trenches during World War I. The lean screenplay by Simon Reade is based on a realistic and empathetic drama by R. C. Sheriff, a veteran English soldier. 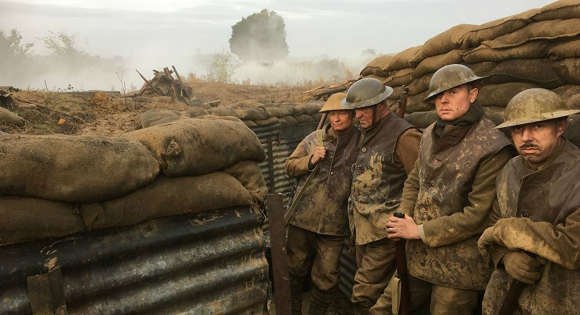 Journey's End takes place over the course of four days in the spring of 1918 near St. Quentin, France, as the German forces are about to unleash a major attack on the poorly supplied and outnumbered British soldiers. After nearly five years of fighting, the troops are exhausted and many are riddled with battle fatigue or depression.

A different unit is sent to the frontline every week. It's C Company's turn, and they learn that an attack is imminent. In the most terrifying scene in the film, two officers and ten soldiers are sent outside the trenches directly into enemy fire with orders to kidnap a German soldier and bring him back. The generals hope to gain intelligence about the impending Spring Offensive. 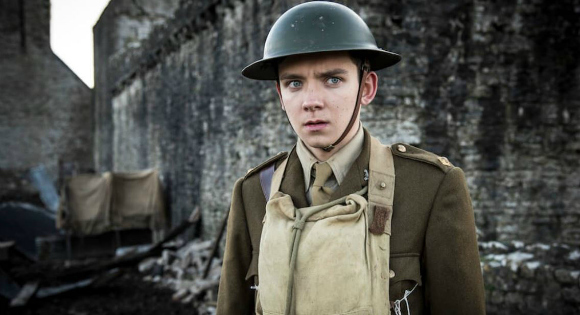 The commanding officer of C Company is Captain Stanhope (Sam Claflin) who after years of combat is an angry and self-absorbed alcoholic. He is taken aback when young Second Lieutenant Raleigh (Asa Butterfield) arrives to join the unit; Raleigh had been at the same school and is the brother of a woman Stanhope is romancing. The newcomer is saddened to see that the man he once idolized has such a broken spirit. Luckily for Stanhope, he has been befriended by Lieutenant Osborne (Paul Bettany), a former schoolteacher whose character is expressed through countless acts of sensitivity, compassion, brotherly love, and wisdom gained in the dreadful trenches.

In the first production of Journey's End in 1928, twenty-one-year-old Laurence Olivier played the tormented Stanhope. The story was made into a film that appealed to audiences around the world with its refusal to be either a pro-war or anti-war film. 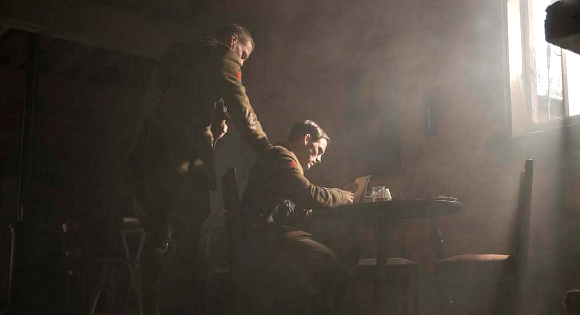 This sturdy and ethical interpretation of Journey's End manages to convey, as the James Hillman quotation above states, that there is a hard-won meaning that accrues to those who are able to use the chaos, the senseless death, and the large doses of fear and suffering as a seedbed to personal transformation. War turns Osborne into a wounded healer who manages to comfort those around him with his caring and peaceful presence. Paul Bettany's stunning performance proves his durability as a major international actor!