Directed by Anders Walter
An adventure story about a teenage girl who uses her imagination to cope with her fears and problems.

I Kill Giants marks the feature film debut of Anders Walter. He was at the helm of Helium, a 2013 Oscar-winning short film. This part coming-of-age and part-fantasy adventure was written by Joe Kelly based on his graphic novel.

Barbara (Madison Wolfe) is a smart loner who at the tender age of 15 is on a dangerous quest to track down and kill giants who are lumbering around in the woods near her Long Island home. She has set out baited traps for them and also painted protection symbols near places where they might show up. She tries to warn people that not only are the giants real, they are bound to destroy the community. 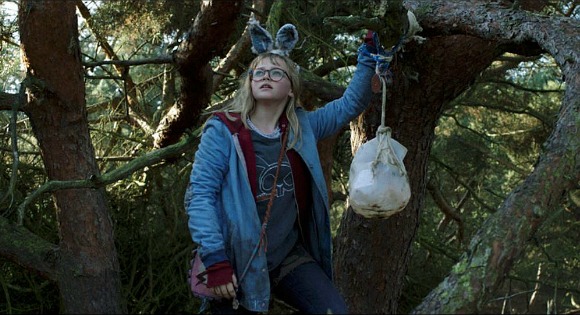 This serious yet emotionally troubled teenager lives with her older sister Karen (Imogen Poots), who is at the end of her rope trying to deal with calls from the school about her sister's odd behavior. Barbara doesn't have anything to do with her brother whom she considers to be a video game addicted loser.

Sophia (Sydney Wade), who has just moved to the area from Leeds, England, meets Barbara on the beach. She is fascinated with this stranger's knowledge about giant mythology and her mysterious fort or "sanctuary" on the beach. At school Sophia witnesses Barbara being harassed and pushed around by a bully (Rory Jackson).

When a sensitive new school counselor (Zoe Saldana) begins to work with Barbara, she patiently tries to unravel the source of the teen's crusade to kill giants. Are these monsters real or are they manifestations of deeper issues? Barbara obviously has a powerful imagination – but what is behind her obsession with giants? 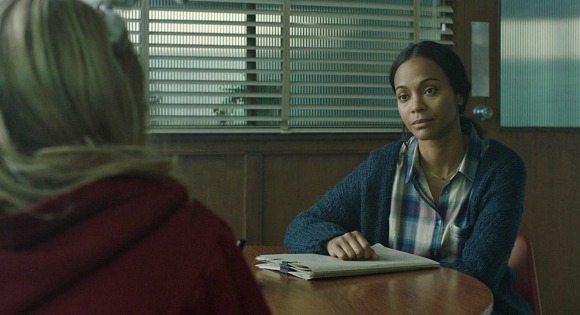 Madison Wolfe manages to carry this creative family film on her small shoulders. Wearing bunny ears (a tribute to her spirit guide) and glasses, Barbara challenges us to walk-a-mile-in-her-shoes. At first, we think her quite weird, but then we find ourselves cheering for her and her strange crusade. The most difficult giants she encounters are not stomping mythological beings but the fears and suffering affecting her own soul!