Symphony for Our World

Directed by Nat Geo WILD
A celebration of the beauty and diversity of the Earth with natural history footage combined with an original symphony composition.

Symphony for Our World premieres commercial-free on Earth Day, April 22, 2018, at 7 ET / 6 C on Nat Geo Wild. Check local television and cable listings for the channel and time in your area.

If there is one take-away from this stunning one-hour documentary film, it's that the Creator of the Earth loves diversity! The natural history footage from the National Geographic provides up-close and personal portraits of some of the most beautiful and also some of the weirdest creatures you've ever seen.

This global picture show covers five ecosystems: sea, shore, land, mountains, and sky. In the depths of the oceans, we watch schools of sharks and tiny jellyfish. A huge group of sting rays leaps out of the waves. A moray eel devours a sea snake. A tropical fish feeds off the shell of a turtle. 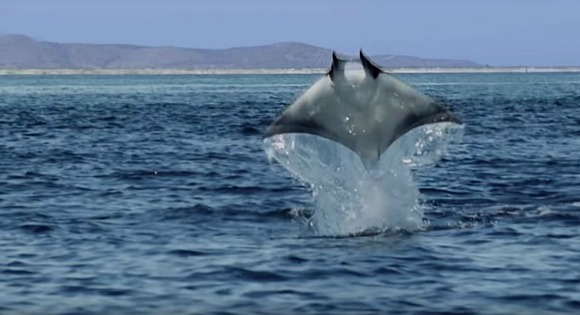 Along the shore, we are amused by penguins moving pebbles in preparation of a birth. Polar bears cavort in the snow. Bright red crabs climb up some rocks; later a swarm of what must be their offspring literally cover a cliff. 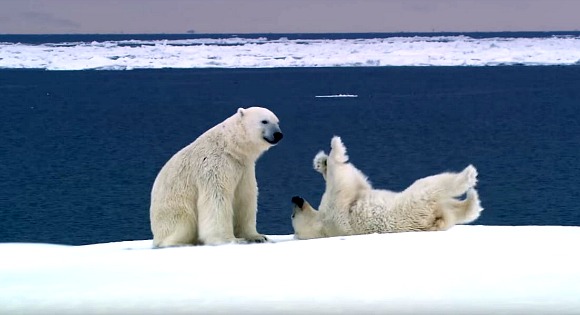 On the land, we marvel at baby elephants playing in the mud, and watch tigers, lions, and other predators looking for food. In a rain forest, we can't quite believe the colorful patterns in the eyes of tree frogs. We find ourselves rooting for a mouse in a battle with a centipede and later cheer when a roadrunner overcomes a rattle snake. 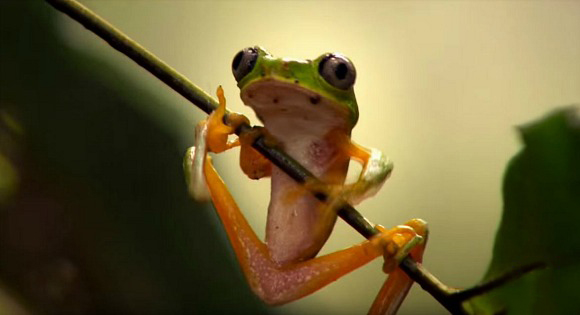 An avalanche in the mountains has us wondering what is being buried. We visit a family of mountain gorillas, then a few minutes later, see something we've never seen before (or even thought about): a bat sucking nectar from a plant.

The sky is punctuated with lightning and storm clouds. A couple of hummingbirds have a mid-air dispute over their territory. Eagles, raptors, and owls survey the ground below for prey. We marvel at migrating birds in some scenes and are filled with wonder as monarch butterflies blanket trees in another. 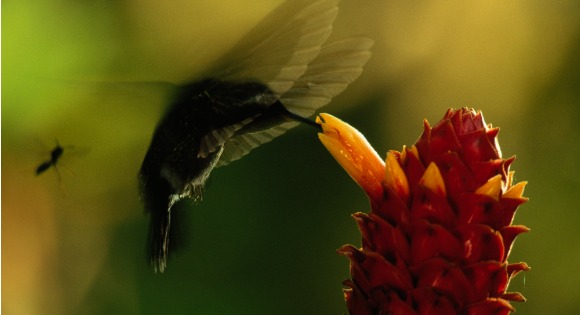 All these visuals are accompanied by an engaging original symphony created by Emmy- and BAFTA-nominated Bleeding Fingers Music featuring composers Austin Fray and Andrew Christie. The score matches the moods of the scenery and the movements of the animals. Helping that connection are voice riffs, drum, and piano accents provided Sam Harris, Casey Harris, and Adam Levin of X Ambassadors, the multiplatinum-selling rock band ("Renegades," "Unsteady," "VHS," and other hits.)

The passion of all these collaborators is expressed at the end of the film when the X Ambassadors give us a taste of their song “Hoping” (“I swear the world’s gone crazy, but I still keep on hoping”) and invite us to get involved to help insure that all the wildlife diversity we’ve just seen survives. “Our world is filled with beautiful, amazing creatures but we are losing them faster than ever before,” we learn, “but there is hope with your help. See what we can #SaveTogether” at PhotoArk.org."

Symphony for Our World is a wonderful way to finish up your observations of Earth Day. In a very real sense, it shows what all the fuss of this annual event is about.