A Whale of a Tale

Directed by Megumi Sasai
A Japanese documentary that returns to the small town featured in The Cove to record the continuing controversy over the killing of dolphins.

The Oscar winning documentary film The Cove made the Japanese town of Taiji a notorious place because of its prominence in trapping dolphins in a small bay and then slaughtering them. This place is home to 3,400 and many of them are whale and dolphin hunters. One seasoned fisherman is angered by the Westerners who arrive in town and insult or condemn what they see as a vile and barbaric practice. Caroline Kennedy, a former ambassador to Japan, is on record for calling the hunt "inhumane."" 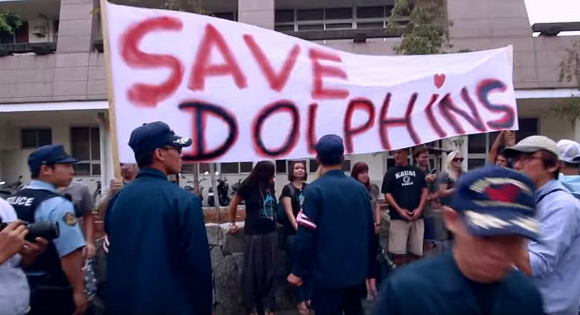 The most aggressive protesters are from Sea Shepherd, a band of deeply committed environmental activists. Although they have been trying everything they can think of to save the dolphins, the politicians and citizens of Taiji cling to tradition and point out that they fully intend to pass on hunting to their sons. The community leaders and others are upset over the arrogance of the non-Japanese protesters telling them to get rid of this part of their culture. 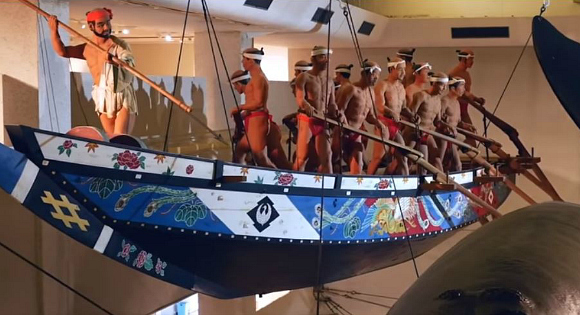 After being penned dolphins face two terrible fates: they can be sold to aquariums to become performers or butchered for meat. Defenders of the dolphin hunt do cherish as special these graceful and playful creatures. As a classroom of children eat slices of whale and dolphin meat, they chime in what their parents have taught them to say about this controversial issue. 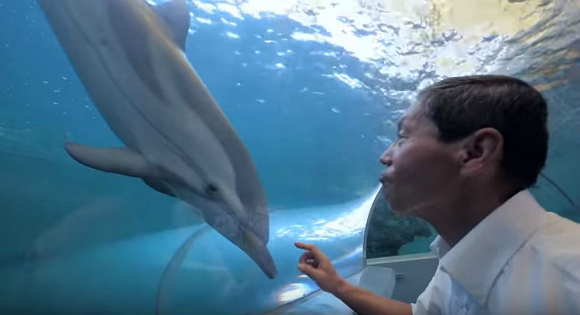 Encouraging us to listen to different points of view, she sums up her perspective:

"There are universal themes about how we coexist. Things are so divided in the world, we don't listen to each other, we demonize the other side of the argument. This is just a microcosm of that."

The story she tells gives us ample opportunities to stretch our souls and minds.