Directed by Alfonso Cuaron
A cinematic valentine to a Mexican maid whose kindness has a positive impact on all those around her.

The Mexican director Alfonso Cuaron opens this drama by focusing the camera over the roll of the opening credits on a tile floor being cleaned with soap and water. We recalled that in many ancient cultures ritual floor-washing is a spiritual practice designed to prevent evil from entering the house and to welcome good luck, success, or happiness. 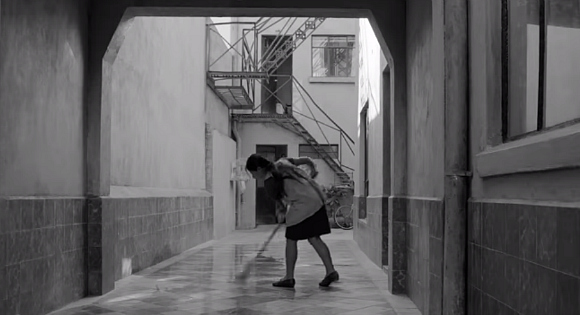 In their book Spiritual Bathing, Rosita Arvigo and Nadine Epstein note that those seeking happiness wash with an inward motion, from the walls to the center whereas those desirous of banishing discord washed with an outward motion, from the center to the walls. They recommend that wash water be thrown away into the front yard toward the east, preferably into the sunset. In Roma, the wash water goes down a drain.

Why would the famous Mexican director begin this black-and-white drama set in Mexico City with the washing of a driveway? This bold and very special film centers around the life and work of Cleo (Yalitza Aparicio), a live-in maid employed by the middle-class family of Antonio (Fernando Grediaga), his wife Sofia (Marina de Tavira), and their four mischievous and loud children. 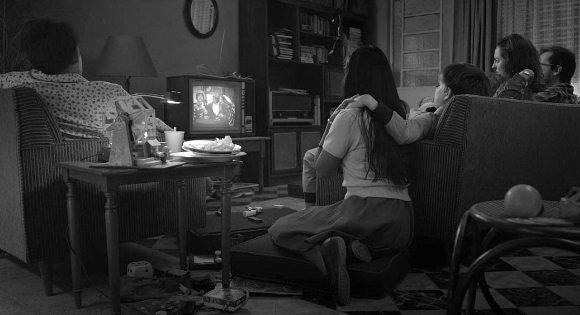 Roma is Cuaron's cinematic valentine to his own family's longtime maid Libori Rodriguez, whom he consulted regularly during the time he spent writing this extraordinary domestic drama. We watch Cleo, who seems to be in constant motion, waking up the kids in the morning, preparing food, washing dishes, cleaning clothes, and tucking the children in at bedtime. She also joins the family watching TV and makes sure the family dog does not escape into the street from the driveway.

James Hillman in Kinds of Power salutes the value of household chores:

"Repetition is fundamental not only to machines; it is the fundamental method in both ritual and the arts. Instead of a drive toward death, the compulsion to repeat is an instinct toward art. It shows the soul's pleasure in practice, in polishing, in precision. 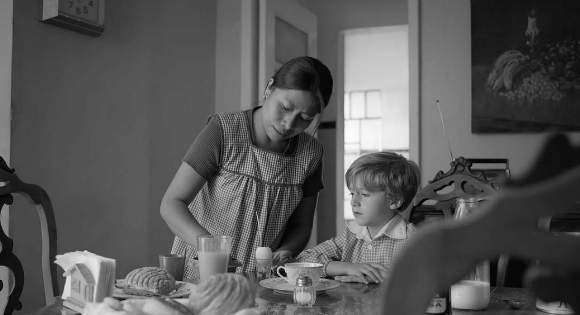 "Something in human nature demands performing in exactly the same way again and again, like the rituals that greet the sun or those that put the children to bed with the same story told with the same inflections, night after night. It's practicing your golf swing or the catcher's throw to second base — over and over again. We become artists only when we enjoy the practicing as much as the performing."

Many of Cleo's daily activities have that quality of ritualistic repetition. Another ritual, performed by a group of martial arts students at a country camp, doesn't have the same quality. We watch them; we admire Cleo. And we sense that Cleo's caring attitude serves as a model for the children. 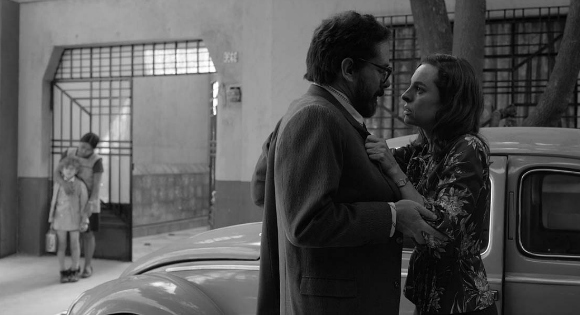 She also demonstrates a calmness as the rest of the household is rocked by news that Antonio is leaving Sofia. Then there is a mild earthquake and a violent attack by paramilitary forces on students demonstrating on the streets of the city; several are shot down in a store where Cleo is shopping. The negative energy seems to build, along with fears that nothing will ever be the same again.

Cleo experiences the harshness of the world when she gets pregnant after a brief affair with a man who rejects her. Still she perseveres. With a fresh sense of the risks which must be taken to return to her practices of lovingkindness, Cleo puts her life in jeopardy to save two others. 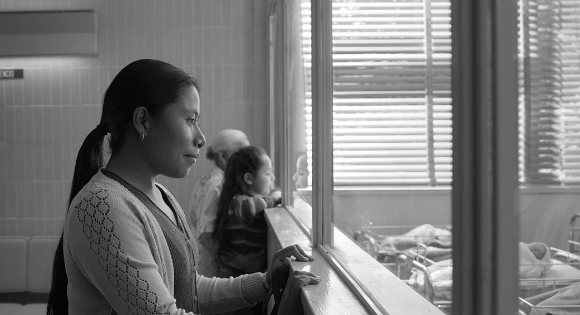 The spiritual life, the Buddha said, is impossible without a generous heart. Kindness flows out of the ability to generate warmth and well-being in others. In our modern times, kindness is often viewed as one of those effete virtues lacking in charisma or clout. And yet, as we have witnessed in Roma, it encompasses meaningful acts of love, words of encouragement, and various kinds of empathy and reverence. No wonder Rabbi Abraham Joshua Heschel near the end of his life concluded: "When I was young, I used to admire intelligent people; as I grow older, I admire kind people." The same seems to be true for Alfonso Cuaron.