Directed by Margarethe von Trotta
A loving tribute to an enigmatic legend of cinema.

German film director Margarethe von Trotta was 18 when her friends convinced her to see Ingmar Bergman’s famous masterwork The Seventh Seal. Though she was reluctant at first, she now celebrates that viewing as a definitive moment of transformation in her life. She doesn’t explicitly call it a spiritual experience, but it certainly seems like one. Now in her 70s, and with several films and accolades of her own under her belt, von Trotta says Bergman’s masterpiece was what convinced her to become a filmmaker. And even though von Trotta has most definitely come into her own as an auteur, she approaches her loving documentary about Bergman with the wide-eyed, curious spirit of an eager student.

Throughout the entirety of Searching for Ingmar Bergman, it is easy to be swept up in von Trotta’s admiration for her subject. This devotion takes her from place to place, seeking scraps of detail from the enigmatic director’s life, visiting sites where Bergman lived and worked, and only occasionally finding truly satisfying morsels. But even when the film itself isn’t uncovering anything new, von Trotta’s enthusiasm for her journey goes a long way toward creating a feast for Bergman fans and a nice introduction for those just getting to know one of the world’s most simultaneously autobiographical and elusive artists. 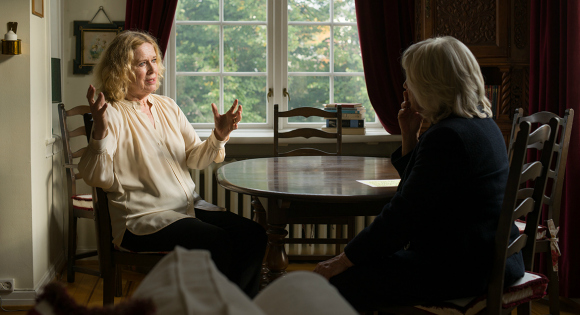 Von Trotta jovially interviews filmmakers who also admire Bergman, gleaning poetic tributes from each. She pals around with one of Bergman’s most frequent and graceful collaborators, Liv Ullmann, who lights up this film just as effortlessly as she does the 10 films she made with Bergman. These conversations honor Bergman’s imagination and work ethic, showcasing his powerful ability to excavate his own personal existential fears and spiritual yearnings onscreen in ways that still feel universally applicable.

The less attractive aspects of Bergman life are explored in interviews with his son Daniel Bergman and his grandson Halfdan Ullmann Tondel, both of whom are filmmakers and both of whom have amusing, odd, and sometimes unappetizing anecdotes to tell. A difficult Bergman emerges, one extremely alienated from his children and difficult to admire. But von Trotta keeps the tone continuously breezy, not pushing too forcefully toward further depth and criticism of her subject, which, on one hand, seems unfortunate, but which also simply does not seem to be her main interest. This is a personal biography, not a definitive profile, an amiable passion project from an admiring friend, not a hard-hitting exposé. 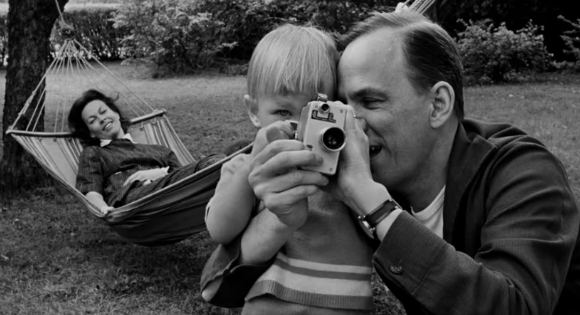 In the end, von Trotta succeeds in renewing interest in both Bergman the artist and Bergman the human being, hinting at his personal and political challenges with just enough detail to nudge viewers to seek more information, and reminding fans or newcomers of scenes and films they will want to revisit or experience for the first time. 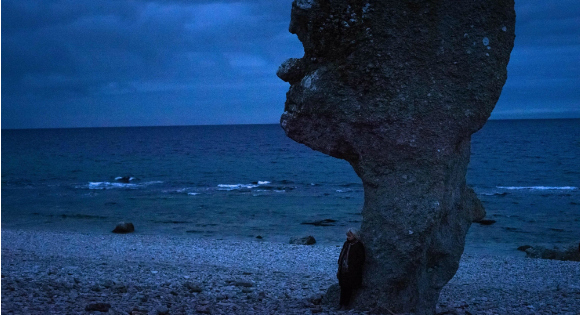 In this year of Bergman’s centenary, and in this time of collective cultural and existential crisis, any revisiting of Bergman’s unique take on the human condition, the search for meaning, and the presence or absence of something like “God,” is worthwhile. And this light, somewhat slight, but always winningly wistful appreciation serves as a singularly personal reflection on an artist and mentor who strongly influenced cinema by nakedly exploring the unknowable mysteries that haunt us, the prickly human interactions that taunt us, and the abiding spirituality that might just sustain us.