Tidying Up with Marie Kondo

Directed by Various Directors
Eight-part series in which the tidying expert helps clients come to a spiritual relationship with their possessions.

"Human beings can only truly cherish a limited number of things at one time. As I am both lazy and forgetful, I can't take proper care of too many things. That is why I want to cherish properly the things I love, and that is why I have insisted on tidying for so much of my life." So writes Marie Kondo, a cleaning consultant whose book The Life-Changing Magic of Tidying Up has become a mega-seller around the world. We put it on our list of the Best Spiritual Books of 2014 because of its emphasis on "restoring balance among people, their possessions, and the house they live in." 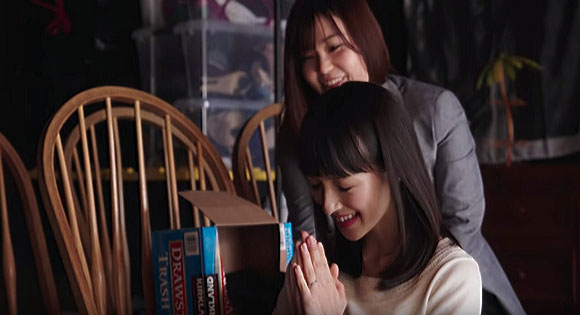 Now Kondo has brought her enthusiasm for tidying and her proven "KonMari" method to an eight-part series streaming on Netflix. Invited to help a variety of people clear out some of their possessions, Kondo illustrates her practical suggestions and spiritual approach to dealing with clutter, or as she likes to put it, "mess." In each program, she demonstrates the two-minute ritual she conducts at the beginning of each project: she kneels on the flour of the house and introduces herself, connecting with the place in her mind and asking for its help in creating a more cheerful and efficient space. She ends the ritual by reverently touching the floor and bowing.

Kondo's clients on the series include a couple with two young children who have no time for each other or for such chores as putting away the laundry; a retired couple who want to organize and better store their possessions, including an enormous collection of Christmas decorations; a family of four who have recently downsized into an apartment and have let the mother assume all the responsibility for keeping track of things; a woman recently widowed who wants to reboot her life by dealing with her deceased husband's things and her own sentimental items; and others. 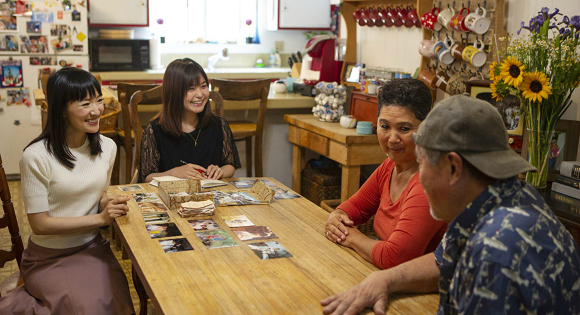 Working with clothes, for example, she asks the family members to pile all their clothes in one room and then go through them one by one, keeping only those that "spark joy" in them; other items and thanked and released. Next comes a ritualistic folding of the clothes, transmitting energy and gratitude to each item as she prepares them to be stacked in drawers or on shelves.

We feel right in sync with this bestselling author because of her obvious reverence for things and understanding of what they can mean to people. At the same time, we appreciated the many personal testimonies by her clients about what this process has meant to them, how it has changed relationships, given them new understandings, and set them on different paths. 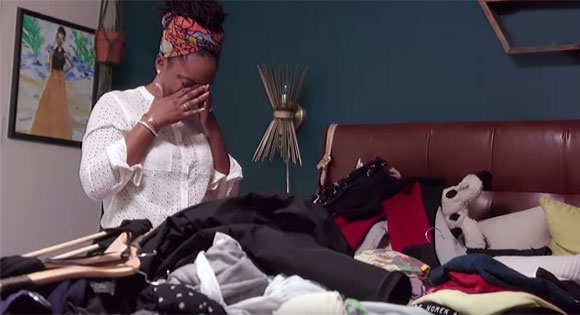 Some critics of the series have wondered why there is no criticism of the sheer amount of stuff these people have or the addictions created by widespread consumerism. The psychological malady of hoarding is not mentioned either. But we are used to this type of carping; we see it in media reviewers who attack a story because it does not cover an aspect of the subject the critic thinks is important. The point of the KonMari method is to change our perspectives on our things. It does this by affirming these spiritual values in our Alphabet of Spiritual Literacy: Beauty, Connections, Devotion, Gratitude, Imagination, Joy, Love, Reverence, Transformation, and Zeal.

Book: The Life-Changing Magic of Tidying Up

Book: It's Hard to Make a Difference When You Can't Find Your Keys

Book: A Monk's Guide to a Clean House and Mind