Directed by Sebastian Lelio
A portrait of loneliness addressed by letting go and dancing.

"There are times in our lives when we all need a little loneliness. There are times when loneliness has something to teach us. Without it, how can we cherish our attachments and pay our respects to the ones we lose? . . . It is so easy for each of us to seek out an old stone bench near the bottom of the hill at the far edge of the garden, where a little loneliness awaits, and then get stuck there. We get stuck because we have dreamed about loner-heroes who sit (and stand) apart. We get stuck because we feel left out and soon stop looking for ways back in. We should remember, both as individuals and as a society, that the bench was not made for our final destination."
— Jacqueline Olds and Richard Schwartz from The Lonely American

A portrait of loneliness may not be an obvious choice for a meaningful night at the movies. Occasionally, we may admire the solitary soul — the artist, cowboy, nonconformist teen, or misfit adult. But loneliness just seems to make ordinary men and women sad and desperate for any kind of connection. What can we learn from it? 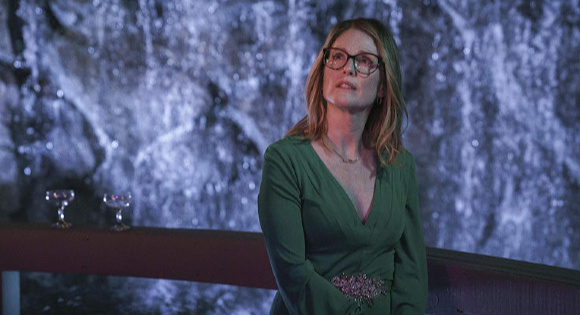 Gloria Bell (Julianne Moore) is a fifty-something woman who lives alone in a small apartment in Los Angeles. She works quietly in an insurance job but has no ambitions to move ahead in her career. Divorced for 12 years, she keeps up with her two grown children, a daughter (Caren Pistorius) who is a yoga teacher, and a son (Michael Cera) who is the primary parent for his baby son.

For a regular dose of pleasure, Gloria goes dancing at her favorite club to oldies-but-goodies such as "A Little More Love," "No More Lonely Nights," "Alone Again," "Total Eclipse of the Heart," and (of course) "Gloria." (For clues as to the relationship questions raised in Gloria's story, check out the lyrics of the latter.) 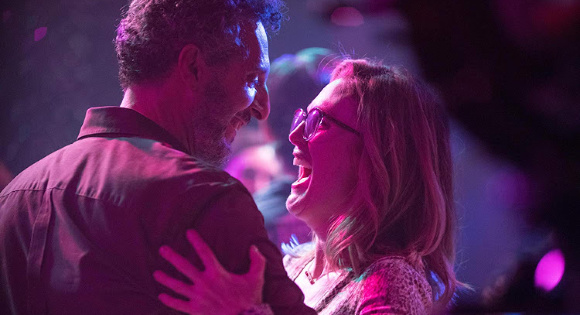 By now you may have recognized Gloria Bell as what Chilian writer and director Sebastian Lelio calls "a cover version" of his 2013 movie Gloria staring Paulina Garcia and set in Santiago. Although both dramas deal with the challenges, burdens, and delights of being single and coping with loneliness, Gloria Bell has a few more recognizable elements that will resonate with American audiences.

At the dance club, she meets Arnold (John Turturro), a fine dancer and lover; he's a former Marine and now owns an amusement park. When he reads poetry she is transported. Their sex is good too. The only trouble is that he is having a hard time pulling away from his emotional entanglements with his former wife and intrusive adult daughters. Although he has demonstrated an impressive re-making of his life by losing a great deal of weight through gastric bypass surgery, he still cannot stop taking family calls while he is with Gloria. At one point she drops his phone in his soup! 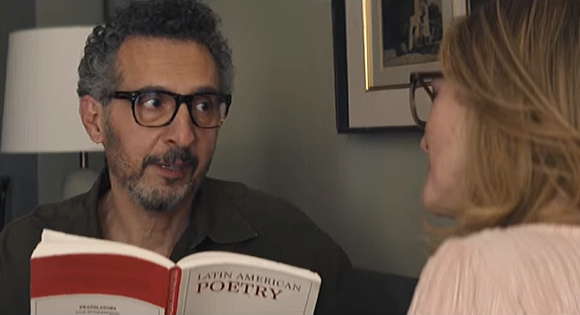 Gloria has trouble letting go, too. After drinking too much at her son's birthday party, she gets caught up in looking at pre-divorce family pictures, totally ignoring Arnold. He leaves, and it turns out not to be the only time.

Julianne Moore gives the performance of her long and varied career in Gloria Bell. The actress has said in an interview that she was drawn to this story about ordinary life. "There's more drama in a single day of a person's life than all these manufactured versions with explosions and car chases. When do you ever see a car chase? The drama that I'm interested in is human drama and relationship drama."

And what does Gloria learn from loneliness? Rumi has one answer:

“Dance, when you're broken open.
Dance, if you've torn the bandage off.
Dance in the middle of the fighting.
Dance in your blood.
Dance when you're perfectly free.”

— from The Essential Rumi, translations by Coleman Barks