Directed by Trevor Nunn
True story of an English woman who questions the way governments go about national security.

All over the world, governments use "national security" as the justification for a wide variety of programs from military occupations, training exercises, and budget expenditures; to the manufacture and export of arms; to trade and immigration policies; to all kinds of spying on what other similarly defensive countries are doing. During the Cold War, the policy of deterrence was adopted in response to the buildup of nuclear weapons by the United States and the U.S.S.R. The theory was that neither superpower would ever use its nuclear bombs because any retaliation would lead to "mutually assured destruction." This you-can- have-them but you-can't-use-them approach has been extended to all nuclear powers today. And so far, since Hiroshima and Nagasaki, nobody has dropped a nuclear bomb on a perceived enemy. The nuclear peace has been maintained since the end of World War II. 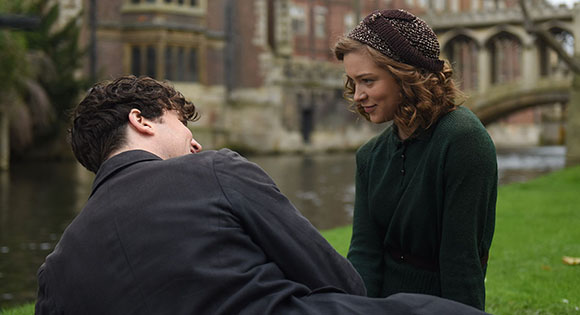 Just as governments have different ideas about national security, so do citizens. Red Joan is about one English woman who came up with her own strategy for insuring the peace. The film is based on the true story of Melita Norwood, known as the "Granny Spy."

In the 1930s, Joan Stanley (Sophie Cookson) is studying physics at Cambridge when she attends some meetings of a Communist group and falls in love with Leo Galich (Tom Hughes), a political radical from Russia. When she later gets a job at a secret lab working on the development of an atomic bomb, Leo encourages her to share what she is doing. Loyal to her boss, Max Davis (Stephen Campbell Moore), a brilliant physicist, she refuses. 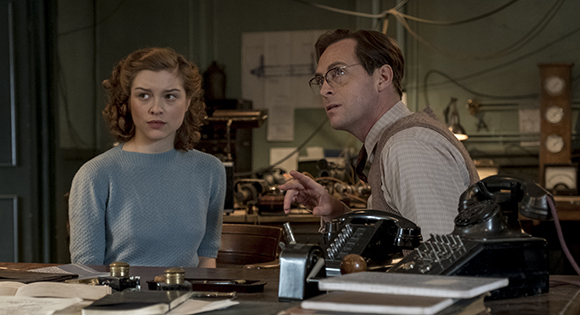 Her attitudes change, however, when the United States drops two atom bombs on Japan. Horrified at the destructive power of what she is working on, Joan decides that it is important to level the playing field. Russia at the time is an ally of England and, she believes, should have access to their research. She smuggles data out of the lab and turns it over to Russian operatives.

At the beginning of the film, Joan (Judi Dench) opens the door of her modest retirement abode in a London suburb and is arrested by the British Secret Service for providing classified scientific information on the atomic bomb to the Soviet government years earlier. Her son Nick (Ben Miles), a lawyer, sits in while his mother is interrogated, shocked at the life she's led. 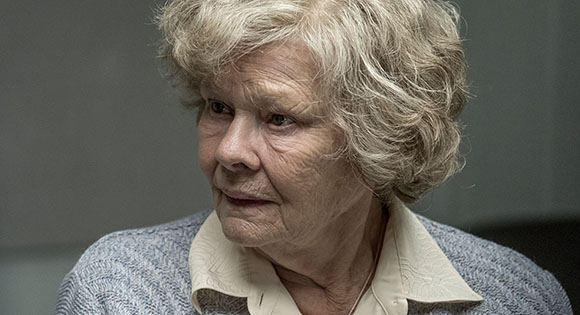 During a press conference held outside her house, Joan asserts that she is not a spy and doesn't believe in "working against one's country." She "wanted everyone to share the same knowledge because only that way could the horror of another world war be averted. . . . And I think if you look back at history, you'll see I was right."

This film's portrait of the "Granny Spy" raises important questions. Faced with a moral, political, intellectual, and personal dilemma, what is the loyal thing to do? To whom do citizens owe their ultimate loyalty? Would you "betray" your country if it meant "saving the world"? How far would you go to give peace a real chance?