Directed by Patrick Creadon
Fascinating documentary about a religious leader who was a master of human relations.

"Today the most useful person in the world is the man or woman who knows how to get along with other people. Human relations is the most important science in the broad curriculum of living."
— Stanley C. Allyn, American businessman 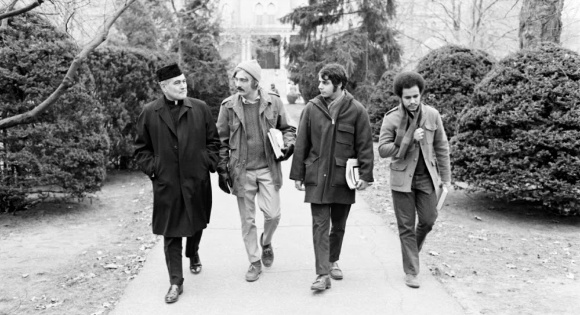 During most of his long and illustrious life, Father Theodore Hesburgh (1917 - 2015) was known as the most influential priest in America. After earning a doctorate in sacred theology, he embarked on a teaching career. In 1952, this zealous priest became President of Notre Dame with high hopes of raising it from a second-class school to a first-rate institution. Over his 35 years in this office, Hesburgh proved to be a charismatic and innovative leader. When he was off on a multitude of special projects, consultations, and meetings, his second-in-command handled campus administration.

This fascinating and rounded documentary directed by Patrick Creadon does a smashingly good job covering Hesburgh's work as a bridge-builder between individuals and groups that were adamant against or hesitant to work together to find common ground on important issues. First appointed to the U.S. Civil Rights Commission by President Dwight Eisenhower, he persevered in his mission to achieve equality for African-Americans, working with Dr. Martin Luther King, the Kennedys, Lyndon Johnson, and Richard Nixon, who fired him. Leon Panetta heralded Hesburgh as "the conscience of the county on civil rights." 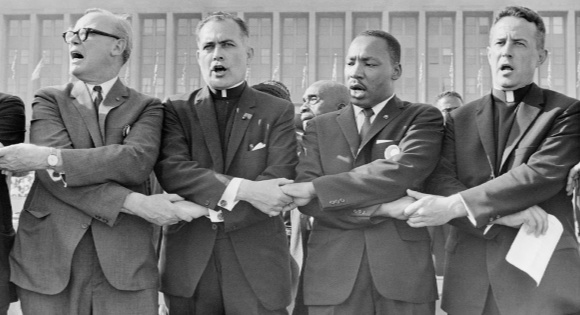 During a period when Americans and Soviets were at each other's throats in the posturing moves of the Cold War, the savvy priest and peace-maker managed to get them on the same page at an important meeting of the Atomic Energy Commission. Here again, Hesburgh demonstrated the kind of mediation skills not possessed by many politicians of the times.

The documentary uses archival footage and interviews with such notables as journalists Ted Koppel and Ken Woodward, politicians Alan Simpson, Jimmy Carter, and Nancy Pelosi, ambassadors, government secretaries, and others. Looking at the tensions and the calamities of the times during which Hesburgh lived, we can see how he can be a model for us in our own difficult world.