Directed by George Clooney
An expose on the egregious myth that World War II was the Good War.

For more than 60 years, World War II has been depicted by motion pictures, on television, in textbooks, and in political speeches as a morally clear-cut conflict between the forces of good versus the forces of evil. Dwight Eisenhower, the supreme commander of the Allied Expeditionary Forces in Europe during the war and later the President of the United States, described the fight against Nazi Germany as "The Great Crusade." President Bill Clinton lauded the U.S. for "saving the world from tyranny."

Although war does have its moments of exhilaration for soldiers in combat who experience a feeling of oneness with those by their side, for most of the time war is brutal, ugly, terrible, and absurd. The mythology surrounding it always speaks of glory, heroism, and self-sacrifice. The barbarity of violence puts things in perspective when we learn that the wars of the twentieth century killed 43 million military personnel.

Catch-22 is a shocking and intense black comedy based on Joseph Heller's satirical 1961 war novel. In 1970, Mike Nichols brought it to the screen with a movie starring Alan Arkin, Martin Balsam, and Richard Benjamin. Now George Clooney has given us an engaging and hard-hitting interpretation of this anti-war drama. With a mix of humor, colorful characters, and zany dialogue, Catch-22 exposes the egregious myth of World War ll as a "Good War." It is set during the volatile height of the War in Europe. 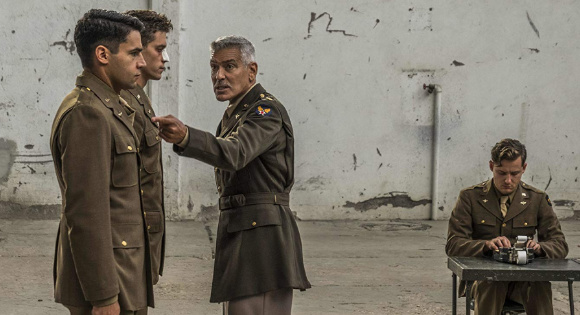 Captain John "Yo-Yo" Yossarian (Christopher Abbott) is at flight-training school at the Santa Ana Air Base where he and his comrades are both bored and peeved by Scheisskopf (George Clooney), the training commander who demands from that his youthful troops perfect their marching style. As an escape and perhaps as revenge, Yossarian is having an affair with the commander's wife (Julie Ann Emergy). In general, he is unimpressed with the whole army set-up, including the red tape and bureaucracy.

Sent to the Mediterranean theatre, Yossarian begins flying missions as a bombardier seated in the nose of the plane. He is shaken to his core by a very vivid fear of death as he flies one mission after another through anti-aircraft fire. This dark cloud is amplified by the gung-ho warrior spirit of Colonel Cathcart (Kyle Chandler) who time and again ups the quota of missions required before the young flyers can complete their service. 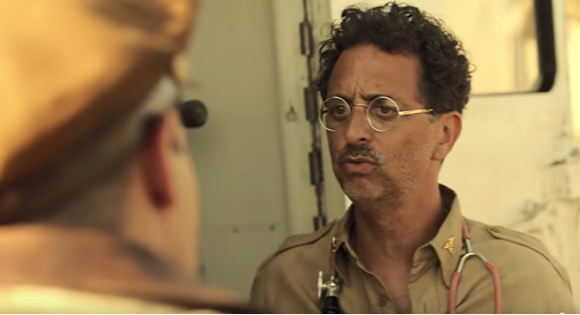 Obsessed with survival and finding ways to escape flying combat missions, Yossarian hides out in the hospital where he is patiently looked after by a doctor (Grant Hewslov) and nurse (Tessa Ferrer). He tries to convince his friend Major Major Major Major (Lewis Pullman), who has landed a posh job because of his name, to find something in the procedures manual that will allow him to go home. The flights, the deaths of some of his friends, and the bureaucracy are driving him crazy, but in a classic catch-22 situation, if he is rational enough to see that war is insane, then he is not insane enough to be sent home. That's just one of the catch-22s sprinkled throughout the film. 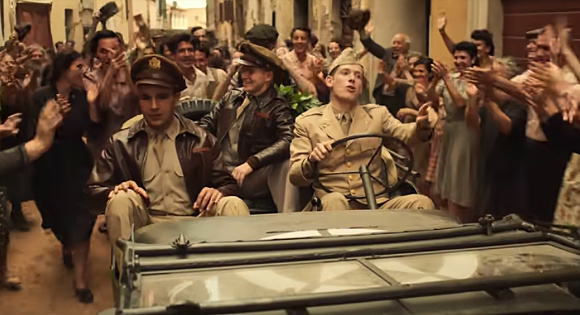 Meanwhile, he has some moments of release in quirky relationships with Milo Mindebinder (Daniel David Stewart), who has turned his job as director of the Mess Hall into an opportunity to become a global entrepreneur. He also talks with Chaplain Tappman (Jay Paulson) who says of his ministry, "I try to stay out of the way as much as possible. I have the feeling that I make many of the men uncomfortable."

George Clooney's innovative direction of this six-hour miniseries, which is streaming on Hulu, brings to the fore the novel's insights into the foibles and follies of war, the pain of human vulnerability, the inconsistencies and outright madness of military bureaucracy, and the fear of death. 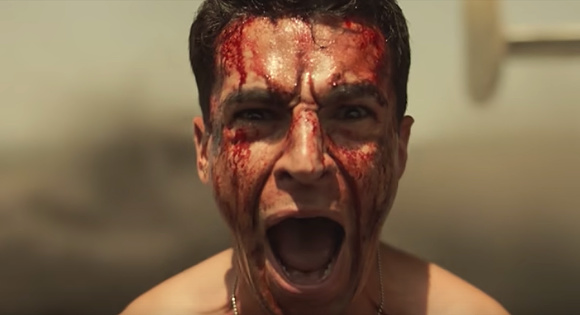 In the closing scenes of Catch-22, we see Yossarian wandering nude in the military camp covered with blood. Nudity seems to be the only way he can shed his military identity. The toll that the war has had upon him and thousands of other war veterans is revealed in Edward Tick's War and the Soul:

"The technology of destruction has progressed so far that, even if a combatant or civilian survives physically unscathed, he or she is bound to be gravely impacted by the terror it evokes. Richard Gabriel, a former intelligence officer in the Pentagon's Directorate of Foreign Intelligence and an expert on combat psychiatry, states, 'War has simply become too stressful for even the strongest among us to stand for very long.' Every participant in modern war inevitably experiences some degree of psychological, moral, or spiritual breakdown. William Manchester, a marine veteran of the Pacific theatre in World War II, comments regarding combatants in particular, 'No man in battle is really sane. The mind-set of the soldier on the battlefield is a highly disturbed mind, and this is an epidemic insanity which afflicts everybody there, and those not afflicted by it die very quickly.' Gabriel says bluntly: 'The simple fact is that men are crushed by the strain of modern war. . . . All men are at risk of becoming psychiatric casualties and, in fact, most men will collapse given enough exposure to battle stress.' "