Directed by Nia DaCosta
A bleak but edifying slice of small town drama in the midst of an opioid crisis.

Nia DaCosta’s debut feature Little Woods remarkably rides the line between truly affecting domestic tale and awfully harrowing thriller. In its exploration of the tenuous relationship between two sisters and its interrogation of a downtrodden town plagued by rampant opioid use, the film feels both universally perennial and stirringly current. By refusing to judge her characters and subtly probing the intricacies of rural North Dakota life at the margins, DaCosta has crafted an unrelentingly effective piece of cultural criticism as well as a ceaselessly moving slice-of-life drama. 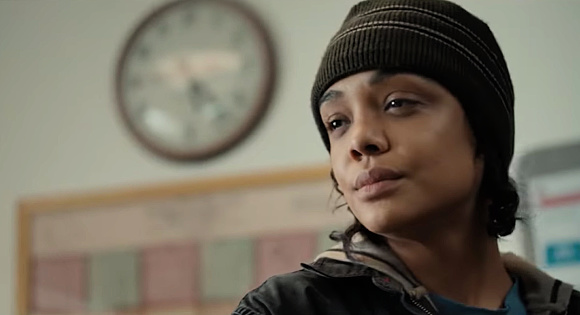 A fracking boom has lit up Little Woods, North Dakota, but the inhabitants are in varying states of darkness. Oleander, known as Ollie (Tessa Thompson), is days away from the end of a stretch of parole purgatory, the result of her getting busted trafficking opioids over the Canadian border. She now spends her time dealing legal goods like coffee and sandwiches and laundry service to the town’s depressed workers, but troubles pile up — the death of her mother, an impending foreclosure on the family home, and the unwanted pregnancy of her sister Deb (Lily James) — Ollie feels a niggling pull back to her old ways; it’s the surest path she knows to solve her pressing financial stressors.

From this seed of a story, DaCosta crafts a study of a people and a place so deft that, even with the bleak reality of the film’s characters and setting, it begs for viewers to not turn away. Every line of dialogue, every nail-bitingly tense interaction, every forlorn look on each townee’s face feels heartbreakingly authentic, and these details create a sense of urgency that propel the film, even as the plot takes its time unraveling. Every character, from Lance Reddick’s empathetic parole officer to Luke Kirby’s threatening drug dealer to the town’s disparate collection of destitute dreamers, fills in a portrait of an American story that feels ripped from the headlines and in desperate need of attention. 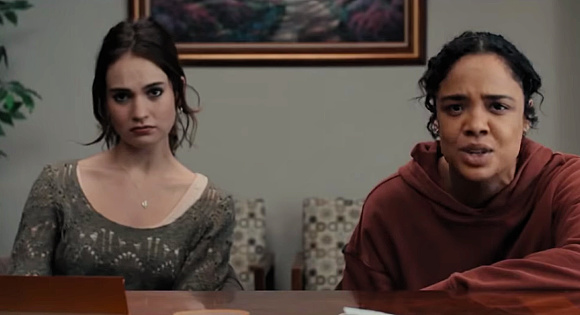 As Ollie takes on one last trafficking trip across the border, the sisters journey together, sniping in sisterly disdain, but doggedly trying to support one another through each dangerous stop along the way. DaCosta allows both her characters and the scenes to drift, building a wholly convincing feel for the aching aimlessness that creeps into lives that daily circle the cusp of collapse. DaCosta is not content for viewers to have sympathy; she wants the audience to plumb the depths of its communal empathy. These women, caught in the clutches of a world of mostly menacing men, are stronger than they know, but strength might not even be enough in circumstances this dire. There is a feeling that, even if Ollie and Deb succeed at this one task, they will only be met with another, a doomed cycle of despondent grasping. And DaCosta doesn’t want to leave anyone off the hook. As the sisters search, step by step, for their future, the film suggests that a truly just answer to their problems would be a communal spiritual renewal, one that spreads to the margins and doesn’t heartlessly leave the most hopeless people to disappear into a downward spiral of hopeless acts. 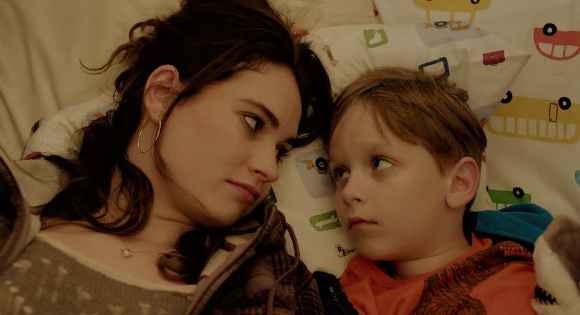 It would be enough for Little Woods to succeed in its portrayal of a larger community on the verge of collapse, but DaCosta’s respect and hope for the two specific women at the center of her story nudges the film into a deeper category. Ollie and Deb are women reaching for something more, striving to stay afloat when every system around them appears content to let them drown. The seeming hopelessness of their situation continually foreshadows disaster, but Thompson and James imbue these complicated, very human sisters with enough well-meaning gumption to make them and the film eminently watchable. Viewers are given enough to keep them rooting for these two to pinpoint new paths that might lead both toward a deeper understanding of one another and away from the societal systems that mercilessly hold them down.

R - language and some drug material