Directed by John Butler
A sensitive portrait of urban loneliness.

Loneliness is at epidemic levels in the United States, according to new research, ranking alongside smoking and obesity as a major threat to public health. In a survey of 20,000 adults conducted by Ipsos for health insurer Cigna, nearly 50 percent of Americans said they sometimes or always felt alone or left out. One in four rarely or never felt as though there were people who really understood them. And two in five sometimes or always felt that their relationships were not meaningful and that they were isolated from others.

Papi Chulo is a sensitive drama written and directed by Irish writer and director John Butler. He sees loneliness as an aching void in the center of our being; it is characterized by a yearning to love and be loved, to be fully known and accepted by another person. All of us, at one time or another, have experienced this state of isolation, separation, and rejection. 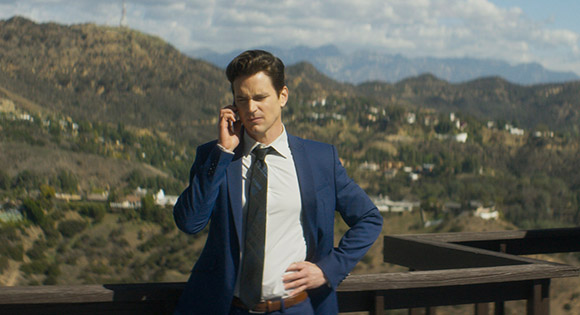 Sean (Matt Bomer) is a handsome, gay, upper-middle-class cable weatherman whose long relationship with his partner Carlos ended six months ago. Still mourning this loss, Sean bursts into tears during a broadcast and is immediately ordered to take a leave of absence by his news producer (Wendi McLendon Covey).

Sean has just had a patio tree removed as a symbolic end of his relationship, but now the deck under where it stood needs to be painted. Outside a hardware store, he sees Ernesto (Alejandro Patino), a middle-aged undocumented day laborer. He hires him and immediately tries to make him feel welcome in his home. 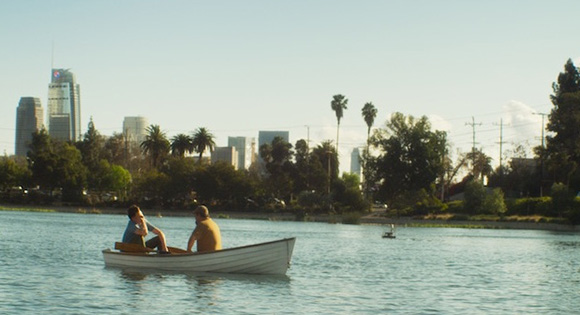 This married Latino who doesn't speak or understand much English is quite taken aback when Sean insists that he take a break from painting and go with him to Echo Park where they go out in a row boat. The next day Sean takes him along for a hike in Runyon Canyon and later to a gay party. All the while, he talks about his feelings, his problems, and eventually his loss, even though it's obvious Ernesto doesn't not understand him. What Sean really wants is a buddy, which comes as a surprise and a bit of a mystery to Ernesto, who now has to endure teasing from the other day workers. 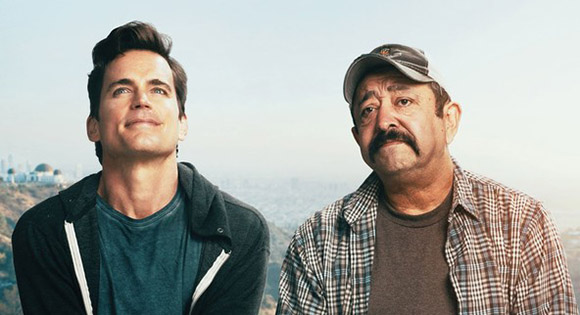 Papi Chulo eventually works as a buddy movie, even though the language and cultural barriers between these two are daunting. But it is most effective as a portrait of urban loneliness and what someone will go through to deal with loss and a yearning for connection.