Directed by Lulu Wang
A sweetly moving portrait of a family facing its matriarch’s impending death.

The tagline for Lulu Wang’s deceptively deep meditation on shifting family dynamics, differing cultural norms, and continuing self-discovery declares that The Farewell is “Based on an actual lie.” The cunning whimsy of this statement threads through the entirety of this sweet, funny, and effortlessly moving tale of a dying grandmother, a devoted granddaughter, and an entire Chinese family attempting to retain control over how to say goodbye as the reality of death threatens to snatch that control from their hands. But, even with a lie as its basis, truth undergirds every scene of this simply remarkable film. 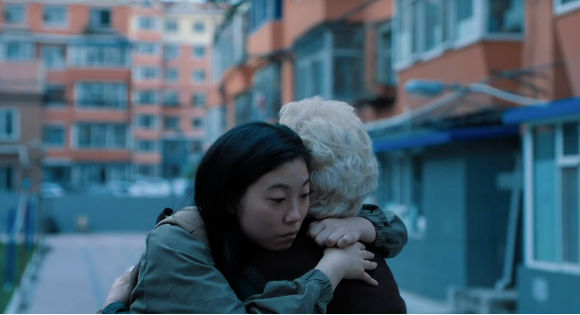 Billi (Awkwafina) lives in New York City, the daughter of two Chinese immigrant parents (Tzi Ma, Diana Lin), but she maintains an active telephone relationship with her grandmother Nai Nai (Shuzhen Zhao) in China. By the time the audience witnesses one of their characteristically loving and rushed conversations, it’s already obvious that Nai Nai is very ill, and it’s soon revealed that she only has a few months to live. But when Billi gets the news from her parents, they beg her to keep it a secret from Nai Nai, though everyone else in the family knows. 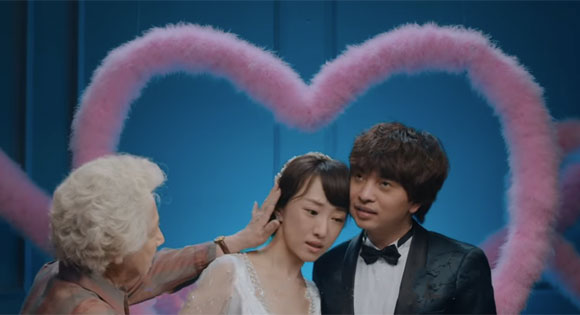 Billi is wary of this lie and of the family’s fabricated plan to use the wedding of Billi’s cousin Hao Hao (Chen Han) in China as a veiled way for the family to gather around Nai Nai one last time without her knowing why. Billi is also broke and freshly rejected from a Guggenheim Fellowship. But, with her future in New York in question and her love for her grandmother among the only things keeping her afloat, Billi decides to join the festivities, promising to help support the ruse.

What follows is a collection of intimate family snapshots, visions of good food, raucous table conversation, and rituals that range from the individually quirky to the communally meaningful. As Billi, who left China when she was only six, discovers the country her parents left behind, including the common practice of keeping terminal diagnoses from patients, she also discovers how deeply her Nai Nai and her Chinese roots lie within her bones.

At times, it feels as if The Farewell will tip into an all-out comedy. At other times, it feels as if it will plunge into heavier depths of drama. It’s a wonder that it consistently keeps a balance between the two, seesawing between humor and heart in a delicate dance that never strays from the specifics of its story, yet also succeeds as a universal ode to life, death, and every delightful and devastating moment in between. 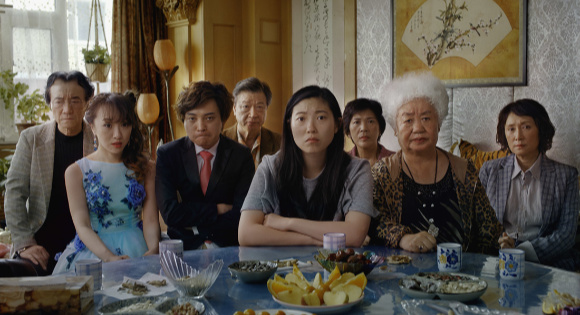 Throughout the deceptive antics, every family member has a moment to reveal their own ugly and beautiful truths, whether it be through a wordless, withering glance, a drunken dance move, or a surprising weeping outburst. But the center of the story belongs to Billi and Nai Nai, two women at the opposite ends of the life cycle and worlds apart, both seeking health and happiness in ways they can’t always articulate, but that they feel deep within their souls. And the knowledge that this relationship is based on film director Wang’s real-life relationship with her own grandmother adds further poignancy to the poetry.

When Billi learns the intriguing reasons that family members in China shoulder the dread of terminal diagnoses themselves instead of telling the patients, this cultural question of communal weightlifting versus individual suffering deepens the proceedings significantly. Wang and her characters interrogate the possibility of some lies being “good” in the face of death, and the interrogation is truly compelling. No solid moral is offered, but as the film moves toward its close, it offers a simple and surprising celebration of authenticity. 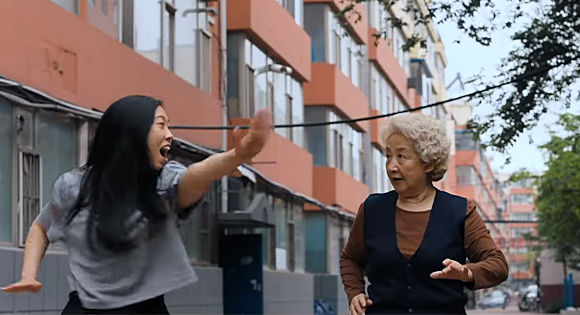 There is no question that lying can unspool beyond the control of the liars, but when The Farewell’s final moments burst forth, there is nothing but abundant truth filling the screen.