Directed by Milko Lazarov
Visually stunning portrait of the spiritual struggles of indigenous people to survive.

When the United Nations General Assembly proclaimed 1993 as the International Year for the World's Indigenous People, it signaled the beginning of bold initiatives to reach out to cultures in danger of becoming extinct. Those intentions and efforts continue to this day, highlighted each year on August 9, the International Day of the World's Indigenous People. Nobel Prize winner Rigoberta Menchu, a human rights activist from Guatemala, hopes that many more people will work to ease the plight of native peoples:

"Many people have said that indigenous peoples are myths of the past, ruins that have died. But the indigenous community is not a vestige of the past, nor is it a myth. They have not killed us and they will not kill us now. We are stepping forth to say: No, we are here. We live." 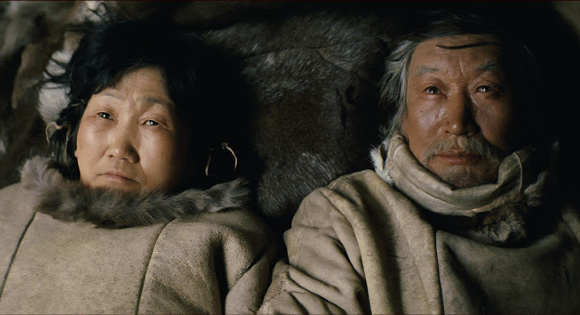 In Ága, Bulgarian writer and director Milko Lazarov sets us down in the wintery snow, the howling wind, the treacherous ice, and the wide and nearly empty expanses of northeastern Siberia. He focuses on one couple, Nanook (Mikhail Aprosimov) and Sedna (Feodosia Ivanova), who live alone on the tundra, where subtle and major changes are affecting their way of life.

When we first see Nanook, he and his sled dog look like ants on a vast horizontal white canvas. The stark environment serves as his hunting ground, his fishing spot, and the workshop where he sets his traps and carves out large chunks of ice to bring back home. 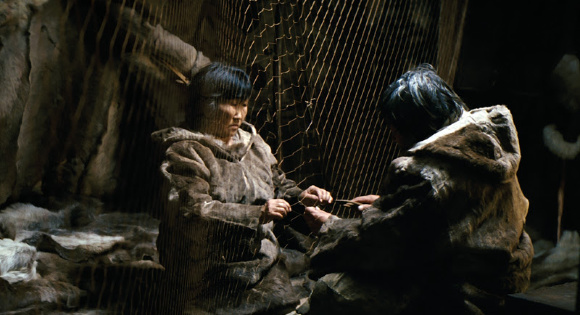 Back at his yurt, he is greeted by his wife Sedna, who helps him out of his wet clothes and rubs ointment on his legs. Even though their provisions are scarce and there are always chores to do, these two are very gentle with each other. She cuts his hair. They make a net together. They worry that he is forgetting more things than he did in the past. They both seem to be remembering different and happier times. During a fierce storm, they work together to keep their yurt from collapsing.

Outside, they read the signs of nature. From the sound of ravens, he senses that spring is coming sooner than last year. Sedna watches the strange airplane trails in the sky. He wonders where the reindeer are; he cannot be sure if he sees one off in the distance or not. And most mysterious of all is a sickness or a toxin that is killing the wild animals he finds. She hasn't told her husband about the ugly patch on her stomach; there is no doctor nearby to explain it or take away the pain. 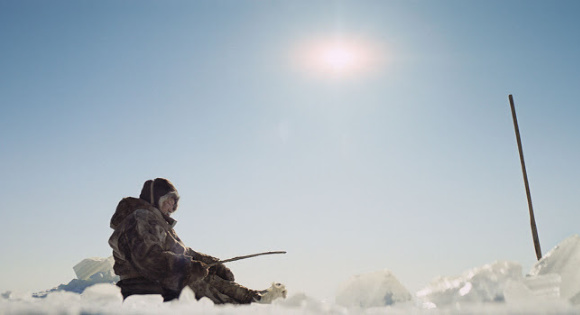 Nanook and Sedna are happy when a family friend, Chena (Sergei Egorov), comes for a visit, bringing firewood and kerosene for their lamp. He is a recovering alcoholic who, like many young people, has moved to the city. He has seen Aga (Galina Tikhonova), Nanook and Sedna's daughter, who is estranged from her parents; she now works in a diamond mine far away. Sedna longs to see her, wishing their family could be like the three stone figures nearby who remind her of parents and a child who will always be together. She has even made a new fox fur hat for Aga, hoping it will make her happy as she was as a child.

Nanook and Sedna struggle to keep alive the ancient ways passed down to them by their ancestors. One saving grace is music. A prelude to the film shows a woman standing in the snow playing an autoharp with gusto and beauty. Later, Nanook asks Sedna to sing him to sleep with a song. Music soothes the soul and bonds people together. 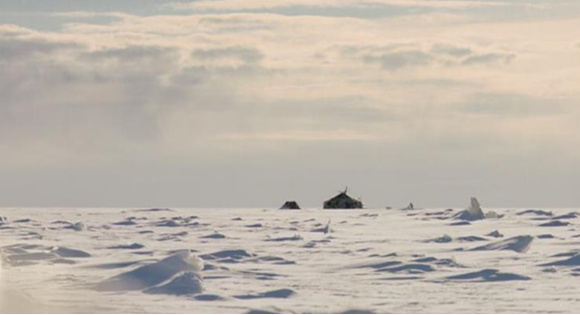 Director Lazarov uses his camera to convey both the isolation and the intimacy of this way of life. Nanook's excursions for food find him alone with his dog on a vast snowscape as the camera pulls back for a long shot. In the yurt, the camera focuses in on the couple sleeping side by side, so that you hear their subtle breathing as a signal of survival.

Ága is one of the most spiritually literate films of 2019. It reveals in touching, vivid, and poignant terms why the diversity of the human family is worth preserving. As Aga ended, we thought of Art Davidson's book Endangered Peoples where he concludes:

"In the end, then, the answer to this daunting challenge … is dismayingly simple. We need to acknowledge that diversity is the great wellspring of humanity's strength, and then work as partners — all of us — to preserve it."

Yes, we thought, as we watched the credits roll. Nanook and Sedna are speaking to us, and they are saying: "We are here. We live."