Directed by Hassan Fazili
A moving story of migration captured on three iPhones.

At a time when the refugee crisis is thankfully gaining more and more media attention (even as its horrors remain distant from the reality of so many of us), Midnight Traveler is the opposite of abstract. This revelatory documentary, shot on three iPhones by Afghani film director Hassan Fazili, his wife Fatima Hussaini, and their two daughters Zahra and Nargis, over the course of a nerve-racking multi-year journey, brings the justice issues at the center of the global migration story to an entirely new level of affecting immediacy. The world should be watching and, if art still has the power to nudge anyone toward action, the world should absorb this family’s story, allow it to seep deep into their hearts and minds, and collectively demand a better way. 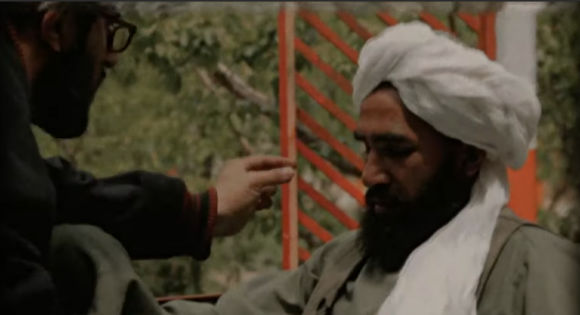 Both Hassan and Fatima are artists, and it’s art that has them running in the first place. In 2015, Hassan made a critical film about the Taliban, and in retaliation, the Taliban ordered his execution. The couple fled, bringing young Nargis and toddler Zahra with them. They decided to document their story along the way. Though they present a packed dossier to outline their need for asylum, the application is denied and the family decides to set out on a treacherous thousands-of-miles journey from the Middle East to, hopefully, the European Union, finding themselves stopped for various reasons in Iran, Turkey, Bulgaria, and Serbia.

The two most enduring themes threaded throughout these harrowing travels are the arbitrary and acute horrors of the migration experience and the enduring love that keeps this family clinging to one another and to their dreams of a new life. Along their various meandering paths, they are extorted by smugglers, detained by police, and housed in makeshift shelters with stomach-churning conditions. Still, a deep, grounded, and often humor-fueled affection keeps these four afloat. 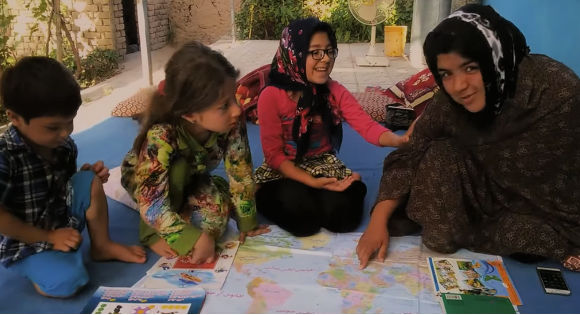 With a brisk 90-minute running time, many of the details of this family’s odyssey had to be edited out, leaving mostly guideposts of major moments, aided by onscreen text that fills in the gaps. Throughout are sprinkled more intimate surprises, like a scene in which the delightful Nargis dances and sings along to Michael Jackson’s “They Don’t Really Care About Us,” or an argument between Hassan and Fatima on marital jealousy and commitment, or a session of Hassan teaching Fatima to ride a bicycle, to mixed results. The film leaves out much more than it shows, allowing snapshots to suffice. Some shifts in time and exposition go unexplained, allowing the audience to draw their own connections and conclusions. 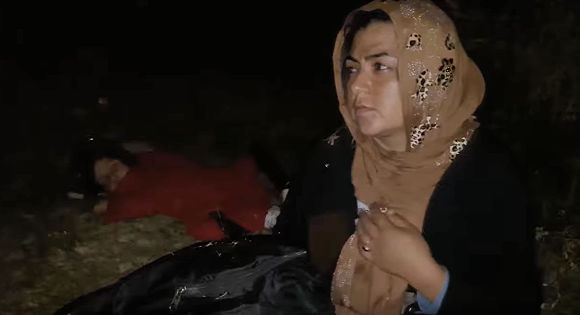 Along with its disjointed but dynamic commentary on displacement and migration, the film also asks questions of art and cinema itself, openly presenting the ethical and potentially exploitative conundrum of recording one’s own trials and the trials of others for public consumption. In a particularly gripping sequence, Hassan’s narration recalls a night when Zahra disappeared at a refugee camp, a moment when Hassan, before leaping into concerned Dad mode, first wondered if he should turn his camera on, just to be sure to capture the panic for all to see, in the most dramatic way possible. When Hassan realizes where his skewed priorities have pushed him, he recalls, “I hated myself. I hated cinema.”

Midnight Traveler constantly asks its audience to consider how they would respond in every situation: to danger, to possibility, to fear, to loss, to freedom. It’s an exercise that becomes a rousing incantation, calling all human beings to transform and migrate themselves, rather than simply watch the news from their own comfy social location. It encourages those who pay close attention to allow this movie to do what movies should do: move them.