Directed by Chinonye Chuku
An emotionally rich drama that explores the moral and ethical impact of the death penalty on those required to enforce it.

A warning to viewers: Clemency is a film that will shake you to your core with its multidimensional condemnation of the barbaric act of capital punishment. Along with Dead Man Walking it exposes the cruelty of death by injection. It reminds us of the sobering fact that the death penalty is legal in 29 states; 25 prisoners were executed in the United States in 2018. 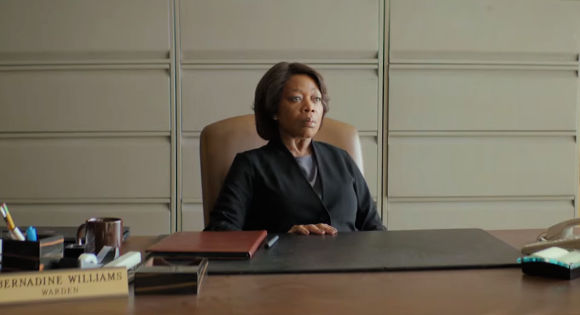 Bernadine (Alfre Woodward) is the warden at a maximum security prison where she has worked for 15 years. In the opening scenes of this riveting death-row drama, she oversees the execution by lethal injection of a young Hispanic man; when something goes wrong, causing the prisoner to seize in front of the witnesses, she still maintains a calm demeanor.

Bernadine is a very controlling and unemotional person who takes great pride in the professional way she has done her job. She is not one to bend the rules for any reason. Of the 12 men executed on her watch, she declares: "I gave these men respect all the way through." 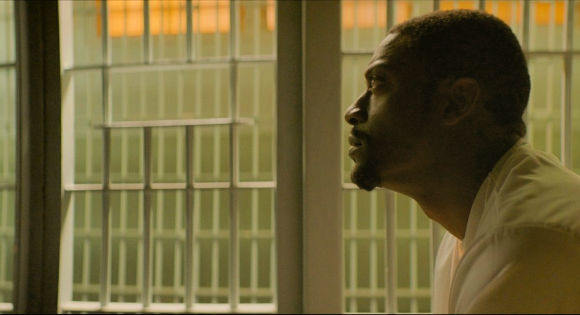 But the impending execution of Anthony Woods (Aldis Hodge) weighs heavily on her body, mind, and spirit. He is an African-American convicted of shooting a police officer during a convenience store robbery 15 years ago. Woods's passionate lawyer Marty Lumetta (Richard Schiff) maintains his client's innocence and believes that the evidence against him is not convincing. Bernadine is taken aback when she learns that this idealistic friend has been worn down by the injustices of the justice system and is planning to retire. The same goes for the prison chaplain (Michael O'Neill).

Bernadine can't sleep at night, and her anxieties mount when her husband Jonathan (Wendell Pierce), a school teacher, reveals that he thinks their marriage has become nothing more than an empty shell. She admits that her job is isolating. He can't understand what she feels when she does what she has to do. As she puts it, "I am alone, and nobody can fix it." 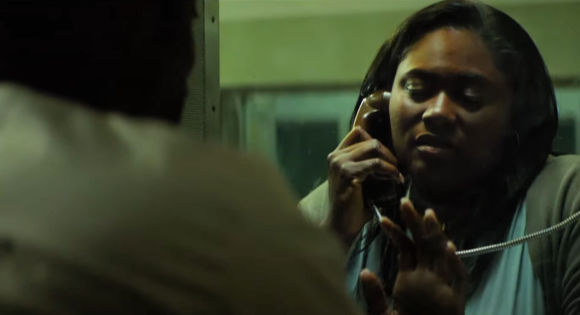 Woods is also experiencing an emotional breakdown. His hopes for clemency plunge after Evette (Danielle Brooks), his former girlfriend and mother of his son, raises his spirits that they can be a family, only to dash his dreams once again.

Writer and director Chinoye Chukwu's screenplay deals with the complicated moral and ethical challenges faced by all those involved in and supportive of capital punishment. The sensitive and compelling performances by the ensemble cast raise our awareness on multiple levels; everyone in the film seems to be torn in different directions.

We found ourselves paying attention to how breath reflects Bernadine's spiritual state. What is she saying with that huge exhalation at the end?

Spiritual Responses to the Death Penalty