Directed by Bernard Shakey (Neil Young)
A documentary about the recording of the Colorado album by Neil Young with the band Crazy Horse.

Mountaintop will have a one-night national release on October 22, 2019. Check the official site for a theater near you.

The last time we checked in with the singer/songwriter Neil Young, he had just done a two-night concert in Nashville after recovering from surgery for a brain aneurysm. Jonathan Demme directed the 2006 documentary on that event, Heart of Gold. After 50 years of making music, often with the band Crazy Horse, you would think that Young, now 73, would be running on empty. But that's certainly not true, from the evidence in this new documentary.

This in-the-studio film focuses on Young with Crazy Horse making their first album in seven years. We are taken inside the Studio in the Clouds outside Telluride, Colorado, where the musicians occasionally take hits of oxygen to cope with the altitude of over 8,000 feet. The setting may explain some of the irritations and frustrations that surface throughout the sessions — often directed toward the engineer and producer, John Hanlon. 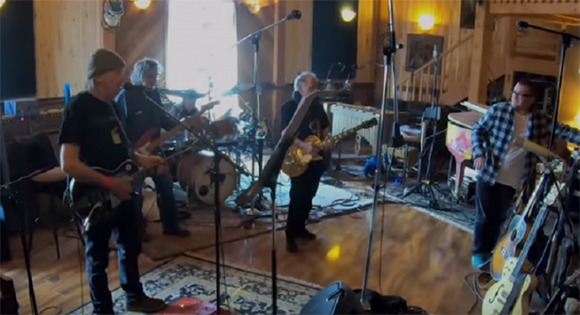 But Young's irritability is easily excused once he starts singing his thought-provoking lyrics with his distinctive voice. His penchant for presenting something completely different is delivered by drummer Ralph Molina who tap dances on a sound board for "Eternity." Master guitarist Nils Lofren (also a member of Bruce Springsteen's E Street Band) trades long riffs with Young, also on guitar. Billy Talbot contributes some passionate vocals along with his bass guitar work. At one point, they bring out a glass harmonica, originally designed by Benjamin Franklin, to add a distinctive sound. 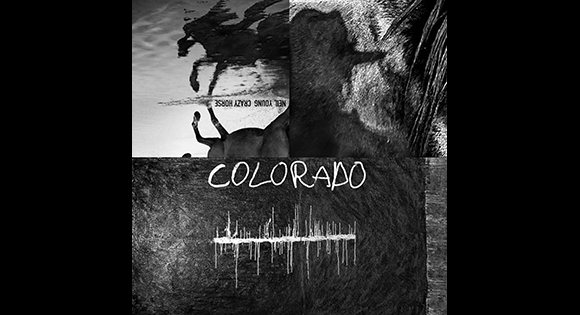 The result of this work is the album Colorado by Neil Young with Crazy Horse, being released by Reprise Records on October 25. Of the ten songs, our favorites are:

But the standout, already released, is "Rainbow of Colors." It celebrates diversity in the country and attacks those who would build walls to keep people apart. Reflect on these lyrics: