Directed by Jacqueline Olive
A harrowing and revealing interrogation of the legacy of lynching in the United States.

Thousands of black people were lynched in the United States between the 1880s and the 1960s, the most active years of this horrific and torturous extrajudicial practice. It’s a legacy that still mars the country’s troubled history, even as its details are often swept under the comfortable rug of “post-racial” hopes. It’s a truth that informs the fiercest voices in the expanding dialogue regarding white supremacy’s hold on the country’s dominant social systems. It’s a moment whose ripples can still be felt in countless contemporary extrajudicial killings of black souls, by police or simply by those who allow their racist fears to drive them to violence.

Always in Season, Jacqueline Olive’s searing indictment of historical and current anti-black lynching in the United States, does not want its audience to sit comfortably. She wants us to remember lynching’s dehumanizing intentions and see how they tendril out into our current reality. As the NAACP’s Sherilynn Ifill states, “Lynching was a message crime.” It was a message crime intended to not only take lives, but to strike fear into all black people. 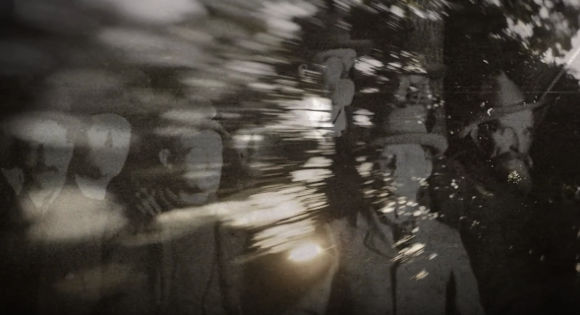 Always in Season seeks to uncover these intentions and reveal them in stark light to a society that still doesn’t want to collectively see. This is a spiritual exorcism of an entire country’s continuing history, and from its opening moments to its final shot, the film creates a visceral collage of chaos, allowing no catharsis, because there is none to be found when lynching’s legacy lives on through ignorance and inaction.

Always in Season juxtaposes three main throughlines, the first an investigation of the hanging death of black North Carolina teenager Lennon Lacy in 2014, the second a portrait of a 1934 lynching of a black man, and the third a visit to a Georgia community that annually reenacts one of its most horrifying lynching moments in public. In jutting these stories up against one another, Olive skillfully crafts a narrative trail as maddening as murder itself, showing that intentional, systemic covering up of current facts, combined with intentional, systemic forgetting of history remains the dominant culture’s main self-sustaining practice when it comes to the continued extinguishing of black lives. 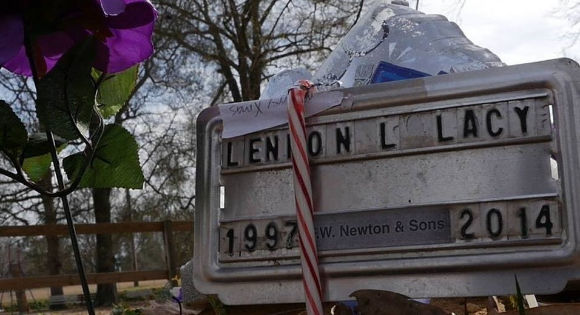 In 2014, Lennon Lacy was found hanging from a swingset. Within a few days, the death was ruled a suicide by Bladenboro, North Carolina authorities, even as they barely investigated and as Lacy’s mother Claudia and many of Lacy’s friends contributed testimony and evidence pointing toward the possibility of murder. Claudia pursued a federal investigation whose findings uncovered incompetencies and willful blindspots that will boil the blood of any attentive viewer.

In 1934, Claude Neal was accused of raping a white woman, and a white mob not only lynched him but also offered the woman’s father a pre-lynching moment of added revenge. The Florida NAACP implored the governor to intervene, to no avail, and photographs of Neal’s battered body were sold as 50 cent postcards following the well-attended “hanging bee.”

In 1946, four people were dragged from a car and lynched at Moore’s Ford Bridge in Monroe, Georgia. Every year, the residents of Monroe reenact this moment of domestic terrorism on the very grounds on which it happened, surrounded by a diverse audience. The current director of the reenactment, Cassandra Green, a black woman, claims that this reenactment is necessary because this history should not be forgotten, and too easily is. 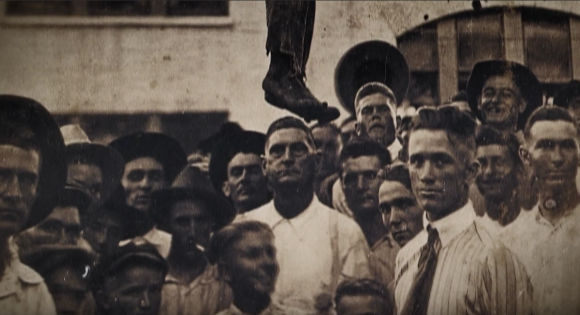 Olive’s point of view is apparent throughout, though she ably bolsters her justice-seeking thesis with facts and statements from many people directly involved in these incidents and from historical records. Together, the three threads can feel unbearably heavy, but this combined heft is what makes the film so affecting. Any one of these stories of cruelty and cultural corruption would offer enough to fill a feature length documentary on its own, but their combined effect lifts each story into a different stratosphere of power, relentlessly showing the ghastly interplay between the past and the present, the scars and the open wounds, the history and the never-ending story, until Always in Season feels like a just-read headline that cannot be avoided.

This is essential viewing, especially for white people. May all who feel like they can’t watch it watch anyway, may all who watch commit themselves to telling these stories until the day they are actually faraway history, and then may all continue to tell this history until the enduring evils of white supremacy, both apparent and insidious, are actually eradicated, not conveniently ignored.