Mickey and the Bear

Directed by Annabelle Attanasio
An involving story about a teenager dealing with her yearning for freedom and her commitment to take care of her troubled father.

When parents struggle with depression, addiction, and immense disappointment with their lives as middle-agers, their adolescent children may find themselves in the demanding role of caregivers. It is only natural that they struggle with this role, which can feel like both a burden and a blessing.

We saw this theme developed in Leave No Trace, a 2018 film, in which a military vet suffering from PTSD is living with his teenage daughter in the woods; he has home-schooled her and she seems well-adjusted to their life off the grid. But when their lives are touched by the kindnesses of strangers, the father-daughter relationship is changed. 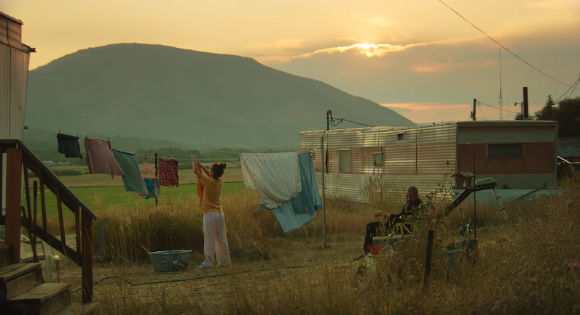 Change seems to be on the horizon in Mickey and the Bear, another character-driven film that touches the heart. Teenage Mickey (Camila Morrone) lives with her father Hank (James Badge Dale) in a mobile home in Anaconda, Montana. He is an Iraq war veteran suffering from PTSD who is addicted to opioids. He is prone to wild mood swings, aggravated by his grief over the death of his wife.

Mickey doesn't have much time to herself since she works after school at a taxidermy shop, cooks and cleans up her father's messes, and monitors all his medicines. Hank consistently tests his daughter's love and loyalty to him, almost demanding that she give up on him. Although she assures him that she will always be there, Mickey is not so sure. Truth be told, she would really like to go to college on the West Coast. She gets some support for her dreams from the veteran's hospital psychiatrist (Rebecca Henderson) and a new classmate (Calvin Demba), but it's clear that Mickey will always make her own decisions. 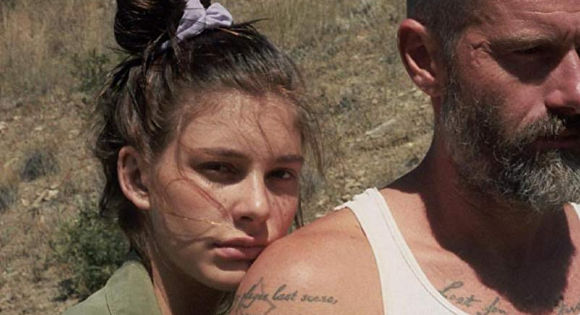 Mickey and the Bear has a bittersweet tang to it as Mickey's yearning for freedom battles her habit of caregiving for her deeply troubled and traumatized father. It's a tribute to the director, who also wrote the screenplay, and the actors that we as viewers found ourselves wondering what we would do in a similar situation and what is best for Mickey in the long run. This fine film will exercise your empathy and your compassion.