Directed by Karim Ainouz
A beautiful tribute to the enduring love of sisters.

Brazilian director Karim Ainouz opens this sense-luscious film with two sisters who are so enchanted by the lushness of the natural world when they are out in the woods that they become separated from one another. As they cry out for each other, we sense they share a close emotional bond. Euridice (Carol Duarte) and Guida (Julia Stockler) live with their good-hearted mother (Flavia Gusmao) and their domineering, chauvinist father (Antonio Fonseca) in Rio de Janeiro in the 1950s.

The sisters have their own dreams to seek and paths to travel. Guida wants to find true love. One night, she sneaks out to meet a sailor and runs off with him to Greece. She is an adventurous young woman who imagines love to be her taste of heaven on earth. Meanwhile, Euridice yearns to study piano at a Vienna conservatory and have a career in music. But her father will have nothing of that and orders her to marry a family friend (Gregorio Duvivier).

Guida's romantic proclivities are shattered in Greece and she returns home pregnant and in need of a place to live. But her father banishes and, in an act of cruelty, tells her that Euridice is studying piano in Europe, even though she is still in Rio. Over the months and years Guida regularly writes letters to her sister, which are hidden away by her parents. She eventually settles down with a retired prostitute (Barbara Santos) who becomes her surrogate sister. Meanwhile, Euridice is so distraught about her separation from Guida that she hires a detective to find her. All she has to remember her by is the earring she gave her years ago. 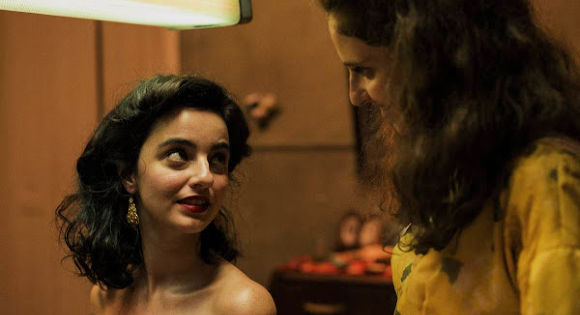 Winner of the top prize in the Un Certain Regard program at this year's Cannes Film Festival, Invisible Life was adapted from Martha Batalha's 2016 novel. It vividly portrays the underlying desires of Guida and Euridice to know and be known by someone who shares blood and body, history and dreams, common ground and unknown adventures.