Sanditon is being presented by PBS's Masterpiece Theatre over eight weeks beginning January 12, 2020; episodes can be streamed from PBS.org. 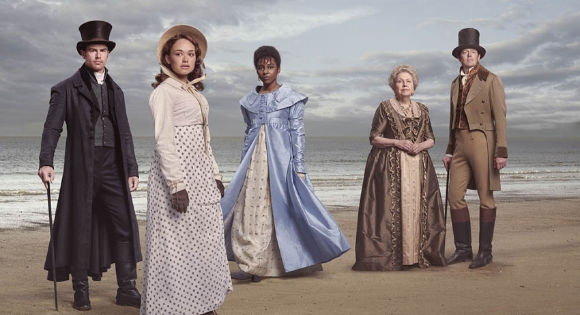 The story revolves around Charlotte Heywood (Rose Williams), a country girl from a large family who is invited to spend the summer at the home of Tom (Kris Marshall) and Mary (Kate Ashfield) Parker. He is developing a seaside resort, Sanditon, with the investment of the town's matriarch, Lady Denham (Anne Reid). But to attract visitors from London, he needs the help of his brother, Sidney Parker (Theo James), who brings along his ward, an Antiguan heiress named Miss Lambe (Crystal Clarke), and several rich friends. One of them (Mark Stanley) falls in love with Esther Denham (Charlotte Spencer), who with her brother Edward (Jack Fox) is scheming to inherit Lady Denham's money.

Charlotte is ready for an adventure and she happily dances with dashing men at the balls, swims in the wild ocean waters, plans escapades with Miss Lambe, and attracts the attention of several men. Will Sanditon overcome financial setbacks and become successful? Will Charlotte, Esther, and Miss Lambe find men worthy of their love? Fans of Jane Austen's novels will recognize familiar themes and plot lines here with some new twists. Although set in the 19th century, it sparks in our consciousness reflection on our contemporary economic inequality; the greed, anger, ill will, and dishonesty that grows out of the quest for money and position; and the continuing subjugation and devaluing of women. Throughout, you'll find yourself cheering for Charlotte, while sometimes questioning her choices! 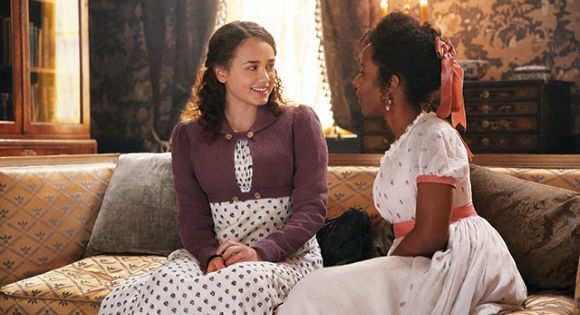 "Jane Austen managed to write only a fragment of her last novel before she died — but what a fragment! Sanditon tells the story of the transformation of a sleepy fishing village into a fashionable seaside resort, with a spirited young heroine, a couple of entrepreneurial brothers, some dodgy financial dealings, a Western Indian heiress and quite a bit of nude bathing. It has been a privilege and a thrill for me to develop Sanditon into a TV drama for a modern audience."

Executive Producer Belinda Campbell adds: "Anthony Davies' compelling scripts bear all the hallmarks of the biting social commentary and realism that makes Jane Austen one of the most widely read writers in English literature. Sanditon's themes of class divide, ambition, powerplay, and matters of the heart are as relevant as they were in the early 19th century." 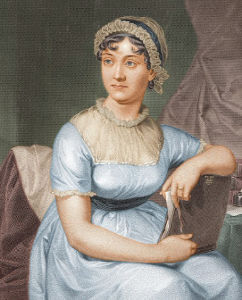 Jane Austen died on July 18, 1817, at age 41. According to the biography on the PBS website: "She never wrote a memoir, sat for an interview, or recorded whether she had herself felt the joys and disappointments of love. The biographical facts may never adequately explain the quick wit, sharp insight, and deep emotional intelligence she brought to her novels. Her works continue to transcend mere facts and to appeal to our hearts and minds."

Here are links to our reviews of film versions of her consistently interesting and spiritually edifying works.