Directed by Nadav Lapid
A beguiling meditation on belonging.

Synonyms is a staggeringly confident piece of art, even as it chronicles the stumbling meanderings of a confused young man on a mission to be anything and anyone but himself. In Nadav Lapid’s third feature, young Israeli Yoav (Tom Mercier) is desperate to escape his life, his history, and his country. He believes that Paris can be his new home, that French can be his new language, and that his native Hebrew must now be completely struck from his vocabulary. Over the course of Synonyms’ two-hour running time, this seeker finds that these dreams might not be as easy as he’d hoped, no matter how determined he remains. The film is a heartbreaking and often opaque sort of bildungsroman, one that rewards repeated viewings and whose layered themes build to reveal a uniquely impressionistic take on the immigrant experience, the pressures of masculinity, and the perennial human desires for connection and reinvention that are too often thwarted by society. 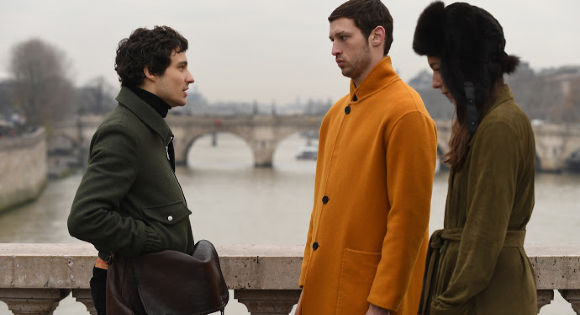 Tom Mercier’s central performance is Synonyms’ most consistently surprising pleasure. A relative newcomer to the screen, he quite literally throws himself into every scene, from the first moments of Yoav’s arrival in a mysteriously empty flat to his increasingly complicated friendship with the wealthy, bored Parisian couple Emile (Quentin Dolmaire) and Caroline (Louise Chevillotte). Mercier’s Yoav is gruff but loveable, manly but childlike, solitary but lonely, self-sufficient but needy, and the juxtapositional valleys between these characteristics is where Synonyms’ heart can always be found, even when the plot meanders and sometimes hits brick walls. It can often feel like Synonyms doesn’t exactly know where it’s going, but this always seems true to the fact that Yoav is trying to pinpoint his way as well, and rarely actually mastering it. 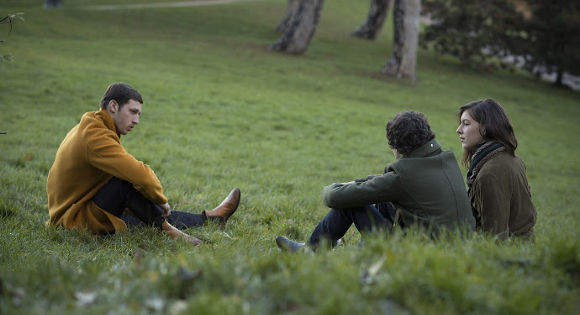 The connection between Yoav, Emile and Caroline swirls chaotically, with wide-eyed, open-hearted Yoav at the center of a subtle tempest. Emile and Caroline alternately compete for his affection and dismiss him when they need space. But this is no sudsy love triangle, nor explosive melodrama. The shifts in relationship are always just discombobulating enough to keep viewers on their toes, and to keep Yoav looking for the next opening through which he can escape his lot and enter a new light.

It eventually becomes clearer that one main impetus for Yoav’s flight from his home country is a disorienting stint he spent serving in the Israeli army. Director Lapid also stayed in Paris following his own time in the Israeli army, and this autobiographical connection adds a layer of exorcism and urgency to the film’s often impressionistic style. Though the plot rarely hurtles forward, there is a strangely antic breathlessness to every scene, as it appears that Lapid is as desperate to affirm Yoav’s desperation as Yoav is desperate to fit in anywhere that isn’t the home he hates. 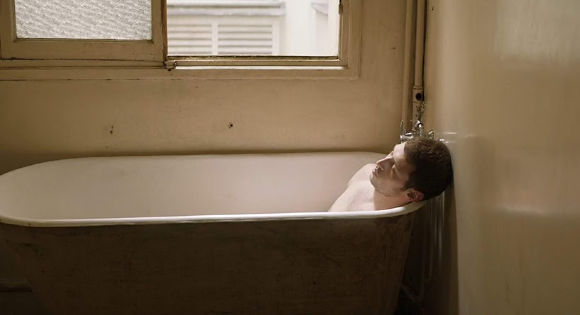 As Yoav meets more immigrants, pursues more possibilities, and explores more postures, he (and the film itself) becomes more and more convinced that it is not so easy to escape the toxicity of masculinity, violence, exploitation, and nationalism, no matter where one travels (and a simultaneously hilarious and harrowing experience in a class for immigrants makes much of this reality chillingly plain). Everyone, in their own way, whether citizen or wannabe-citizen, is banging their own head against a door that won’t open for them, whether that door be literal, existential, or both.

In the end, connection and community seem to be the only paths to transformation, but all three seem elusive when so many roadblocks remain in the way. Synonyms’ final moments don’t attempt to solve this condition, but rather paint it in such stark relief as to make it utterly unforgettable, nudging viewers to pay more attention to how we open and close doors, how we welcome and dismiss one another, and how desperately we need to accompany one another safely through the dark.