Directed by Alla Kovgan
A mesmerizing journey through the creations of a visionary pioneer.

Alla Kovgan’s Cunningham is not an everyday documentary, but a subtle spiritual experience. Steering away from the traditional biographical, talking heads structure, Cunningham wants its audience to feel the art, rather than think about it, to immerse themselves in creation, rather than intellectualize it. Those seeking an education in the nitty gritty details of dancer and choreographer Merce Cunningham’s personal story might leave disappointed, but those who allow the film to do what it intends to do will find themselves part of an endlessly generative happening, something that would probably very much please the film’s subject. 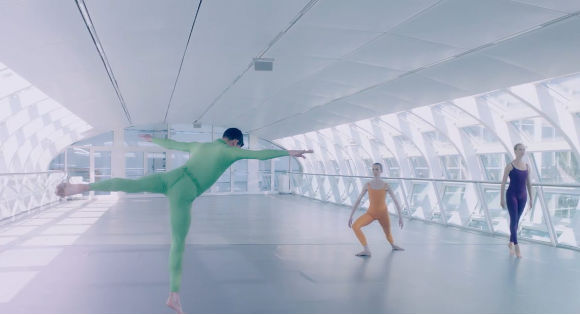 The guideposts of Kovgan’s experimental journey are 14 recreations of Cunningham works, presented in jaw-dropping 3D, often in uncommon environments, and taking up most of the film’s running time. As each of these dances occur, an embodied and elusive sort of biography of Cunningham and his company builds. Surrounding these recreations are snippets of archival footage and sound clips that suggest more than define, inviting curious intrigue over simple information consumption. Ultimately, the entire enterprise feels like a game of chance, plopping bits of movement, sound, and history next to one another and allowing the juxtaposition to do what it will, an approach similar to how Cunningham’s work with his collaborator and lover John Cage emerged. 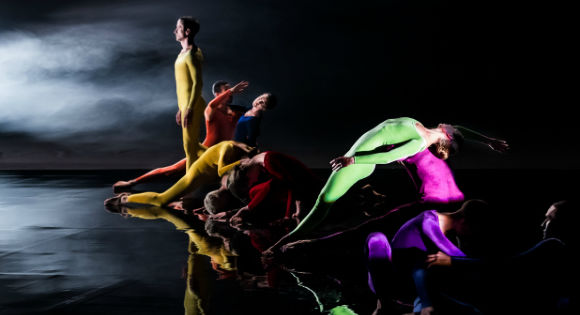 The overall effect of such an impressionistic approach is truer to this documentary’s subject than the trappings of the form typically allows. Cunningham rarely explained the mechanics behind or reasons for his experiments in form, faith, and chance, and Cunningham stays true to its subject’s confoundingly elliptical nature. Each recreated piece and each new bit of historical context adds to the mixture, not leading to a climax, crisis, or moral message, but simply existing to open a new window into the mystery of Cunningham’s legacy and creativity.

This is not to say that Cunningham is merely a cryptic love letter to an artist. As the film progresses, complications with collaborators and company members are revealed, though they are never elaborately commented upon. What becomes clear is that art-making and, particularly, collective art-making is a messy business, messier than Cunningham’s cleanly precise movements typically betray. There is always tension roiling beneath the pristine surface, and the viewer is left to piece the disparate puzzle pieces together. 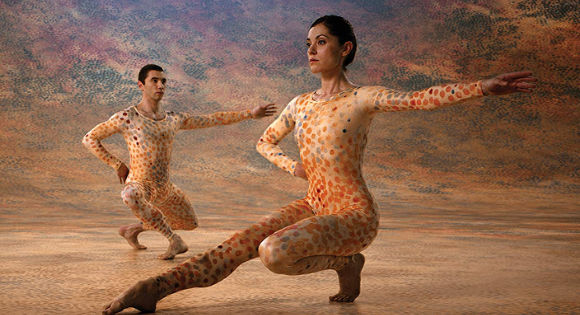 It’s a curious invitation for an audience (especially one for a biographical documentary) to simply allow themselves to be engulfed in expression and impression, not seeking immediate meaning or morality. Cunningham implores its viewers to pursue a deeper co-creative encounter that moves beyond simple transfer of classic, clean, factual takeaways and instead conjures a more mysterious meditative enlightenment. Kovgan and Cunningham want spectators to abandon their status quo ways of watching and give in to a more primordial way of participating. Those with the patience to move to the strange rhythms of Cunningham will feel the difference, even if they can’t immediately name it.