Sorry We Missed You

Directed by Ken Loach
Story of an English family on the brink of financial collapse that will catalyze your empathy for poor and middle-class families.

In most Western countries, children grow up expecting that they will equal or surpass their parents in achieving a life of comfort and convenience for their own families. But it's not turning out that way for many in the younger generations. Expenses have doubled; home ownership is out of reach; and the stability of a five-days-a-week job has been replaced by the gig economy.

British director Ken Loach is internationally known for his dramas about working-class people suffering under systems of injustice and oppression. With writer Paul Laverty, he has fashioned a heartbreaking and hard-hitting film about a vulnerable British family under siege financially and facing a bleak future. Around the world, there are millions of poor to middle-class families facing the same nightmares and insecurities. 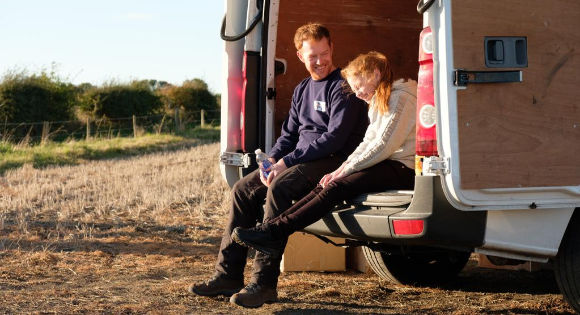 Ricky (Kris Hitchen) is a former construction worker who lost his income and his dream of buying a home after the economic crash of 2008. Now he and his wife Abbie (Debbie Honeywood) and their two children live in a rented house in Newcastle. When he finally finds an opportunity with PDF (Parcels Delivered Fast), he's confident that he can turn things around.

The manager of the package depot, Maloney (Ross Brewster), paints a positive picture of PDF as a great example of the gig economy where drivers are not employees but owners, not paid in wages but in fees. Ricky can be his own boss, taking on as much work as he wants. He picks up a load of parcels, is given a route to cover, and is required to make on-time deliveries. The money can be good, he learns, if everything goes smoothly. Of course, that is not always the case. A package may have the wrong address; there could be traffic delays. And if he misses the estimated time of delivery, he is penalized. 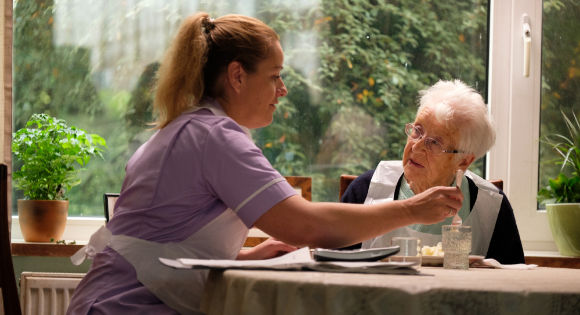 Abbie is a home health-care nurse who visits the sick, the disabled, and elderly men and women abandoned by their grown offspring. She treats her clients like her extended family. She has a full and tight schedule and is only paid for the time she is actually with a client. That's why she is upset when Ricky sells her car in order to buy his delivery van. Now she is forced to take the bus between homes, which drains her energy and time.

This causes a rift in their marriage along with Ricky's constant verbal battles with their rebellious teenage son Seb (Rhys Stone) who has no interest in school or traditional work options. Abbie tries to mediate between the two of them, while Liza Jae (Katie Proctor), their younger daughter, anguishes under the tensions in the house. She tries to get closer to her father by accompanying him on his route one day.

These problems are just a prelude to a larger and more terrifying crisis which decks Ricky and his loved ones. Ricky discovers the hard way that the company that had promised him freedom and financial security will never have his back. Indeed, they are part of a larger system of inhumane greed and amorality. 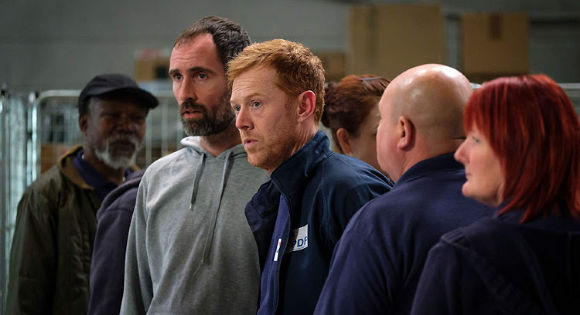 Loach and Laverty draw us into this couple's struggle to survive. Living on the financial brink disconnects them from each other and deprives them of the precious time they need to be nurturing parents to their two troubled children. Work sucks the living force and love out of Ricky and his loved ones, leaving them without much hope and desperate to return to what they once had and now have lost, even after they have done all the right things and played by all the right rules.

At the end of this film, we found ourselves thinking about all the people we see every day — delivering packages, driving taxis and share ride cars, cleaning houses, paying house calls, and other such jobs. In a very real sense, they are on their own, with no real connection to other workers and management. This film exposes the vulnerability behind the appearance of a sound gig economy. And has us wondering what can be done to ensure workers' right and safety.