On February 14, 2018, a former student entered Marjory Stoneman Douglas High School in Parkland, Florida, armed with an assault weapon. He opened fire and killed 17 students and staff, injuring 17 others. The survivors, their families and friends in this previously quiet suburban area were horrified by this chilling violence which had thousands of students literally running for their lives. Many still suffer post-traumatic stress disorder (PTSD).

This riveting and ethically vibrant documentary charts the good that came out of Parkland — an effective teen-led movement for gun reform. Cheryl Horner, the producer and director of Parkland Rising, wisely keeps the focus on the youthful leaders who courageously set out to raise awareness of the terrors students face every time they enter a classroom.

The documentary follows some of the students as they return to school, having been given clear plastic backpacks as a security measure. In a moving scene, the editor of the yearbook pages through a memorial section, reading the names of the students who died. But early on, the Parkland students realize that staging memorials is not going to be enough. They decide they have to do something to stop the shootings by opposing the influence of the National Rifle Association, the largest gun lobby, and demanding that legislators pass saner gun laws to ensure more protections for the people. 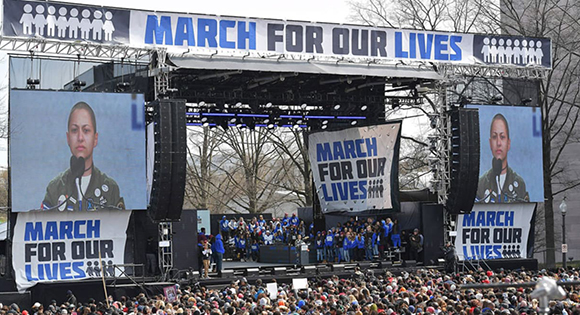 They begin by organizing the March for Our Lives on March 24. The largest march ended with a rally in Washington, D.C., that was televised, but there were more than 180 other marches all over the country. Determined to make theirs a national movement, the Parkland students then set out on a cross-country "Road to Change" during the summer, staging events and engaging with people all along the political spectrum. In several exchanges, the students try to convince hostile groups that they are not a threat to their 2nd Amendment rights, declaring "We are supporters of responsible gun ownership."

As the 2018 midterm elections draw near, the students organize voting drives against candidates funded by the NRA and in support of politicians for gun control. They lobby state and federal officials who have been indifferent to this issue. 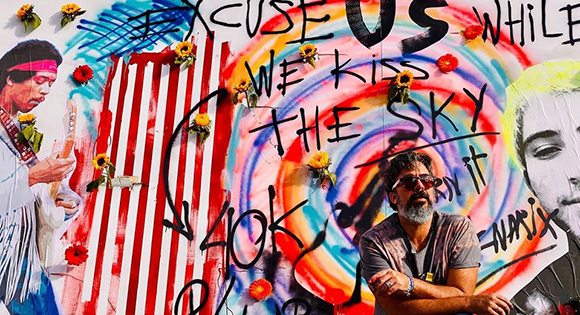 The students are accompanied on their journey by parents and teachers, including artist Manuel Oliver whose son Joaquin was killed in the high school. He creates large murals as crowds watch, then hammers 17 holes in them, one for each dead student, and fills the holes with daisies. This is just one creative way the Parkland group raise awareness. They also stage a "die-in" at a Publix store to protest the company's support of the NRA.

Mass shootings like the one at Parkland High tear at the heart. David Hogg, one of the most articulate and charismatic founders of the movement, winces with pain in his face and sadness in his voice each time he gets an alert on his phone about another gun violence incident. According to the Gun Violence Archive, as of June 1, 2020, there have already been 155 mass shootings this year. 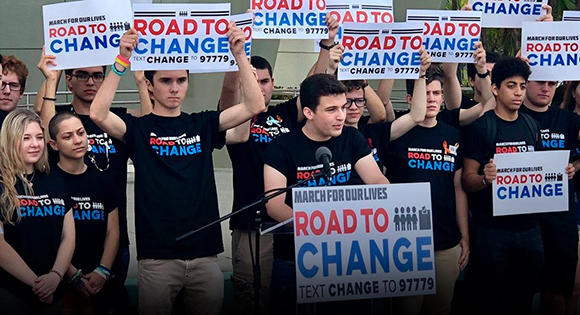 In the final scenes of the film, the students watch the midterm election returns. There are some disappointments but many victories, and it's clear this group is not going to stop. "The young people will win," they assure us. Parkland Rising gives American citizens a model of youth activism that has the potential to rescue democracy by de-throning the idol of guns and taking the power from the lobbyists and giving it back to the voting public.