Directed by Peter Nelson
Laments and hopeful signs about the fate of honey bees and the food supply.

The Pollinators is now available on-demand. Find out where you can see it here.

Did you know that pollinators (honey bees and other insects including butterflies and beetles) are responsible for bringing us 1 of every 3 bites of food we eat -- vegetables, fruits, berries, and nuts?

Were you aware that billions of honey bees are trucked around the United States every year to pollinate fields?

The next time you sit down to enjoy your favorite food treat, whether apples, almonds or blueberries, express thanks to the pollinators for all the pleasure you are experiencing. 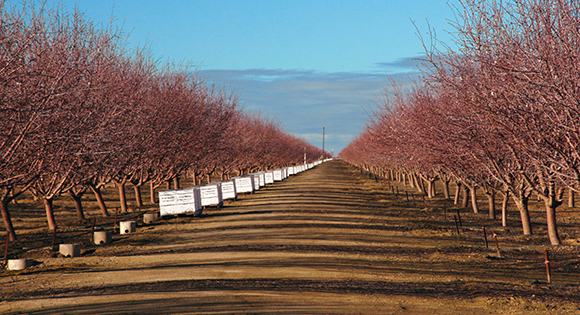 Peter Nelson directs this enlightening documentary which takes us on a tour of 14 states with details and insights from commercial beekeeprs and the farmers who depend upon their bees. We learn that almost all the nation's bee hives are needed to pollinate California's huge almond orchards each year. From there, bees move on to apples in the Pacific Northwest and New England, cranberries, blueberries, and cherries in other locations. 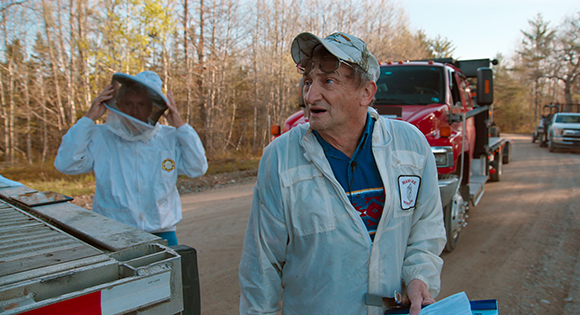 Nelson had assembled a knowledgeable group of spokespersons who offer both facts and laments about the staggering losses of bees in recent years. Dave Hackenberg, who appears throughout the documentary as he moves his bees around the country, was one of the first to sound the alarm about colony collapse in 2006; these days he is very concerned about the lack of regulation and oversight by the Environmental Protection Agency.

Beekeepers are losing more than half of their bees every year for a number of reasons. Consumer preferences for "perfect" produce has led to the widespread use of pesticides to kill insects that affect crops but also kill bees. Bees are also being affected by viruses and mites. Agribusinesses have led to whole areas of the country being used for growing single crops like corn and soybeans, leaving no room for the biodiversity that the pollinators thrive on. 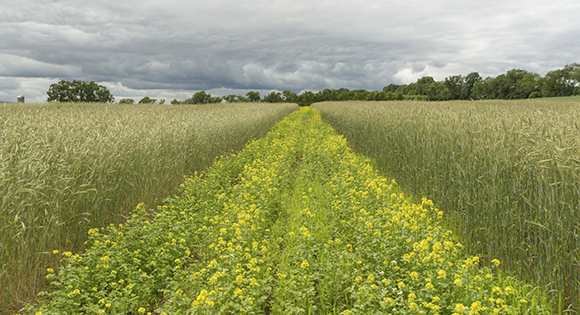 The documentary does not focus only on the bad news, however. It also introduces us to farmers and beekeepers who have come up with life-saving strategies for pollinators. For example, in Pennsylvania, Lucas Criswell and his father William practice regenerative farming, rotating their crops and planting rows of cover crops to restore both the soil and pollinator populations.

We were heartened to learn that a movement to save these precious beings, the farms that depend upon them, and the food supply is growing and succeeding.

Film: Queen of the Sun: What Are the Bees Telling Us?

Prayer for the Bees