Directed by Mary Wharton
A rollicking documentary about the former president's love of music and hospitality to musicians.

Before he became the 39th President of the United States, Jimmy Carter was a Georgia state senator, the governor of Georgia, and a peanut farmer. He also was a devoted Christian who believed that making peace is always preferable to making war. That commitment to the Prince of Peace was evident in his presidency, during which he never ordered a bomb to be dropped or a missile to be launched.

After he was defeated for re-election in 1980 by Ronald Reagan, Carter decided to commit the rest of his life to humanitarian work, building houses as a Habitat for Humanity volunteer and through the Carter Center working to eliminate guinea worm infections in Africa and helping to monitor democratic elections around the world. It was no surprise that he was awarded the Nobel Peace Prize in 2002. 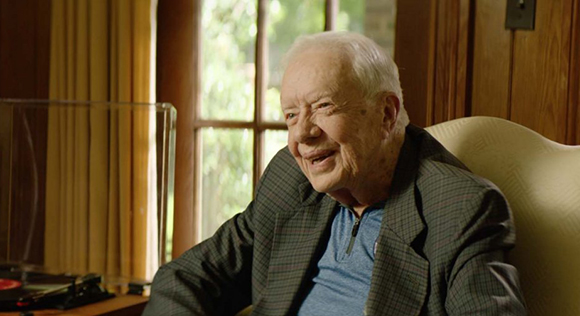 What is less known about Jimmy Carter is that he is an enthusiastic music fan -- especially rock & roll, country, and jazz. Early on in his political career his heart-felt emotions and humble demeanor won the support of such popular musicians as Bob Dylan, Gregg Allman of The Allman Brothers, Willie Nelson, and Jimmy Buffett. During the primary campaign before the 1976 election, these musicians did concerts to raise money for and build awareness of his candidacy. Carter might not have gotten nominated or elected without this support. 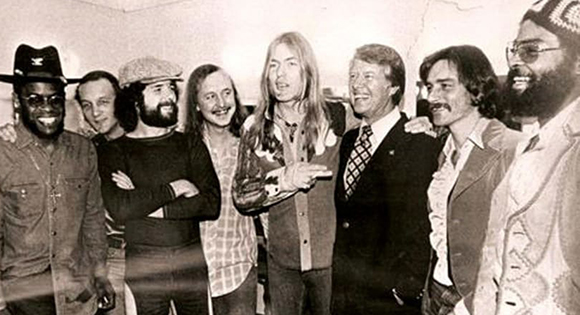 Throughout this documentary, musicians talk about their admiration for Carter and their appreciation of his encyclopedia knowledge of music. Garth Brooks and Trisha Yearwood recall times they worked with Jimmy and Rosalind on Habitat houses. Bono discusses the impact of Carter's work around the world. Archival film footage shows Paul Simon and Aretha Franklin performing at his inaugural ball. While he was in the White House, Carter welcomed musicians like June Carter and Johnny Cash to the White House. Willie Nelson was also a frequent guest.

Carter also hosted many concerts on the White House lawn, introducing his guests to such musical legends as Loretta Lynn, Muddy Waters, and Dizzy Gillespie. The film includes footage of some of those unique events. In an unusual and very successful diplomatic move, Carter arranged for the new ambassador to the U.S. from China to fulfill a wish to visit Nashville and meet country music stars. 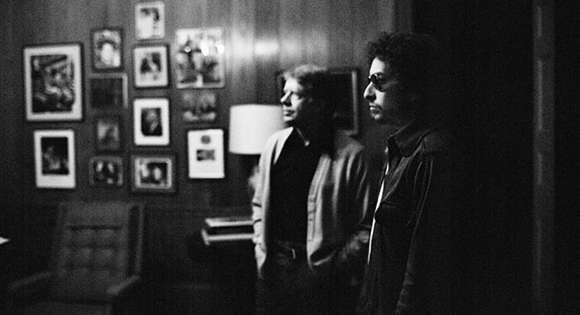 This beautifully arranged and orchestrated documentary reveals that music speaks to the soul, celebrates diversity, sheds light on the human condition, and addresses the yearnings we have for love and community. An era's music is a reflection of the concerns and aspirations of the people. This documentary, and the president it celebrates, confirms what Carter says in the film, "Music is the best proof that people have one thing in common, no matter where they live, no matter what language they speak."