Directed by Marco Pontecorvo
A religious drama about the remarkable faith of a young girl after her account of seeing the Virgin Mary is questioned by family, community, and the church.

The frame for this religious drama is a Carmelite convent in Columbra, Portugal, where a professor of religion (Harvey Keitel) is conducting an interview with an elderly Sister Lucia (Sonia Braga) in 1989. He has done a great deal of research on the story of the apparitions of the Virgin Mary and the Miracle of the Sun which took place in the village of Fatima in 1917. Like many modern individuals, he is a skeptic when it comes to belief in miracles and Divine appearances on earth. As Sister Lucia answers his questions, we hear through flashbacks about her experiences as a 10-year-old girl. The elder nun speaks gently and reverently about faith, love, sacrifice, and visions.

Lucia (Stephanie Gil) is an intense young Catholic who is very close to her hard-working farmer father (Marco D'Almeida) and devout mother (Lucia Montz), who is one of the most educated women in Fatima. Along with other members of the anxious community, they listen as the mayor (Goran Visnjic) reads the latest report on the local soldiers declared dead or missing in battle. Lucia's brother (João Arrais) is a combatant in World War I.

Living in such tense times, Lucia and her younger cousins, Jacinta (Alejandra Howard) and Francisco (Jorge Lamelas) find release as they frolic in the wonderful world of nature while watching over the family's sheep. Then one day, the Virgin Mary appears to them in the field. She (Joana Ribeiro) is a radiant, gentle, and simple young woman who implores them to pray the Rosary and make sacrifices in order to bring peace to the war-torn world. But when they tell their parents what they have seen, nobody believes them. 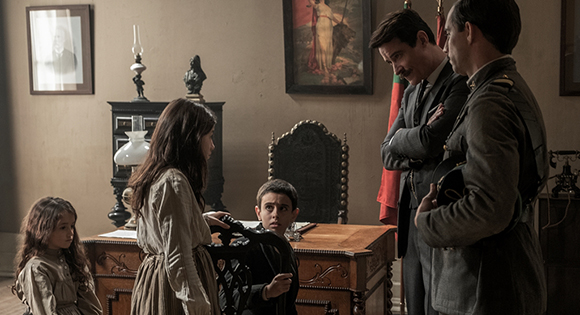 As the apparitions continue, word about them gets out in the countryside and soon large numbers of poor and distressed people show up seeking divine healing. Here is where director Marco Pontecorvo makes a substantial contribution to our understanding of the diverse, complex and paradoxical understanding of both the advocacy and the opposition to miracles and other inexplicable Divine appearances. Among the religious folk who express their disapproval are Lucia's mother; the authoritarian parish priest (Joaquim de Almeida) who tries to convince the children that the Devil may be tricking them; and even the local bishop.

The town's secular mayor does not care about the religious message; he just does not want his town to be overrun by superstitious people. He also fears the government will crack down on him if he doesn't expose the children to be liars. He earns the ire of his wife by locking Lucia up in prison.

In addition, Lucia must face the anger of townsfolk and neighbors who are convinced she is either crazy or lying. Those who have lost loved ones in the war are especially cruel in their condemnations. 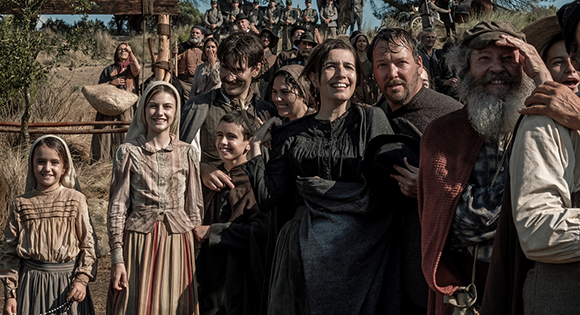 Gradually, however, more and more people are impressed with the children's piety, as they watch them talk with the Virgin, whom only they can see and hear. The film recreates "The Miracle of the Sun," which occurred on October 13, 1917, as a large crowd is gathered around the praying children. The sun appears to change shapes and move in the sky. This is seen as proof of the truth of their testimony.

Young Lucia is radiant whenever she is in the presence of the Virgin Mary and maintains her faith despite all the opposition she faces. The elder Lucia's wisdom ("Faith begins at the edge of understanding") and good humor ("I don't have answers for everything") shows that the ability to abide with a Mystery that was nurtured in her as a child has continued to sustain her throughout her life.