A spunky comedy about a couple trying to finally settle an argument.

In her best-selling book The Argument Culture, Deborah Tannen points out that in our times, people tend to approach the world and the others in it with an adversarial frame of mind. War metaphors percolate our conversation and dominate our thinking. Nearly everything is framed as a battle or a game where winning or losing is what matters.

Jack (Dan Fogler) is a vituperative screenplay writer who has been living for three years with Lisa (Emma Bell), an actress who has just triumphed on stage in a play about Mozart. He has invited some friends to their apartment the night of the play's premiere. They include his persnickety literary agent Brett (Danny Pudi), Brett's bored girlfriend Sarah (Maggie Q), Paul (Tyler James Williams), Lisa's womanizing costar, and Trina (Cleopatra Coleman), Paul's latest girlfriend. When Jack accuses Lisa of flirting with Paul, they have an angry argument. 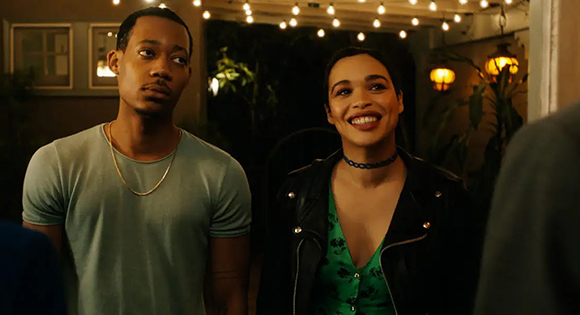 Since nothing they can say seems to alleviate or soften the argument, they decide to stage a "do-over" of the evening. This turns into a series of evenings during which Sarah, who has a photographic memory, helps Jack create a script of the proceedings. They then invite some actors in to read this version of the argument. You can guess the chaos which ensues.

The Argument is an out-of-the-box comedy with a hilarious screenplay by Zac Stanford. The language is witty, the situation is increasingly silly as it goes along, and the performances (especially Maggie Q as Sarah) are funny and engaging. If you need a good laugh, here's a film for you. 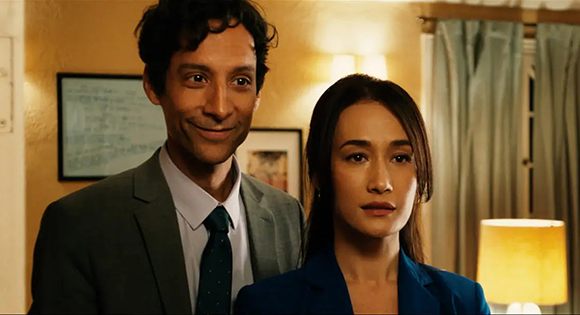 "Winning an argument is losing it as it makes the loser feel bad."
Deepak Chopra

"Arguments are to be avoided: they are always vulgar and often unconvincing."
Oscar Wilde