Directed by Sam Pollard
A documentary contrasting Dr. Martin Luther King, Jr., and J. Edgar Hoover who were regarded by different constituencies as guardians of the American dream.

MLK/FBI is showing at the 58th New York Film Festival on Monday, September 21 at 5 pm ET. See this page for information on virtual screenings.

Dr. Martin Luther King, Jr. spoke to his own people and gave them hope — a sense of their inherent dignity and high destiny. He called other racial and ethnic groups to brotherhood and sisterhood — a caring concern for and commitment to others. King was a pioneer breaking down barriers, building bridges, and gathering us all together. His spirit lives on in those who strive to bring into being a more free, just, and peaceful world.

But only in America could this fearless and nonviolent civil rights leader be seen by so many as "the most dangerous Negro in America." MKL/FBI is a riveting and morally provocative look at the unrelenting crusade of J. Edgar Hoover against King as an enemy of law-abiding Americans.

Sam Pollard, who worked on the classic series about the civil rights movement Eyes on the Prize, directs this documentary. It is based on newly discovered and declassified documents obtained through the Freedom of Information Act and unsealed by the National Archives. The first tactic used by Hoover and William Sullivan, his right-hand man, was to claim that the civil rights movement had been infiltrated by Communists and that King was actively working to overthrow the government. 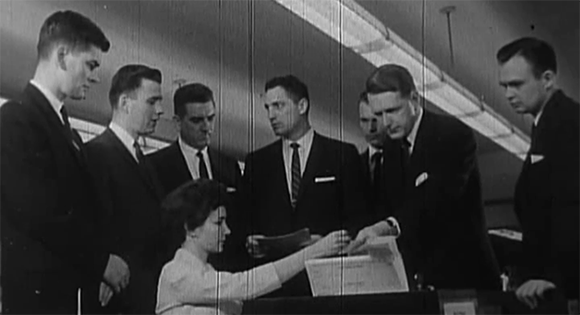 As King spoke to the "somebodiness" of his people, Hoover and company upped surveillance of him, planted bugs in his hotel rooms, had his phones tapped, paid informants, and petitioned journalists to write negative stories about him. All this was done in defense of the racist status quo in white America. After King received the Nobel Peace Prize in 1964, Hoover publicly called the civil rights leader "the most notorious liar in the country" after the FBI gathered evidence of the civil rights leader's extramarital affairs. The FBI's harassment ended only with King's assassination in 1968.

In an interview with director Sam Pollard reference is made to a poll taken after the first time Hoover and King met. It revealed that Hoover was more popular than the leader often referred to as "America's Gandhi."

MLK/FBI vividly and convincingly demonstrates how racism remains a grim toxin in this country's history — past and present.