Directed by Sam Soko
Involving documentary about the challenges facing a fearless young activist and his family in Kenya.

Softie is showing in virtual cinemas. Check here for dates in your area.

Boniface Mwangi is a young man who lives in Kenya with his outspoken wife and three young children. His country was ruled first by British colonialists, who set the tribes against each other, and since independence has been controlled by wealthy and corrupt politicians. One of the presidents was tried by the UN's World Court at the Hague for crimes against humanity, but the case was dismissed for lack of witnesses. The people have come to expect to be given money for their votes in local and national elections.

This travesty of justice is a regular occurrence in Kenya as it is in other countries around the world where the rich and the powerful use political power to get what they want. Worried about the future of his children, Bonaface, who as a child was nicknamed "Softie," decides to run for office. "When you fight for your country, your kids benefit." 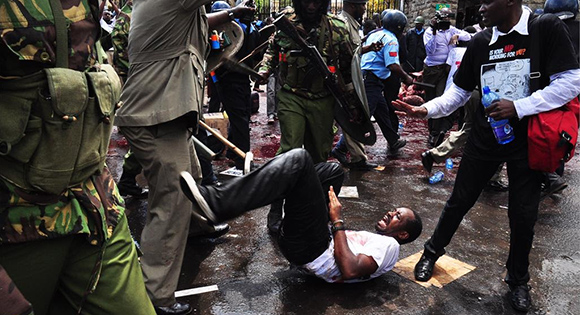 His first entry into activism is joining a protest against the government with slogans painted on pigs. The crowd scene turns to mayhem as the police batter men, women, and children. Having worked as a war photographer, Boniface documents the violence and puts some of his work on display on the streets.

Determined to fight for his country, he then decides to run for MP in his district. His feisty campaign manager gathers a group of loyal supporters to distribute flyers, stencil his face on walls, and make phone calls. But his wife Njeri becomes worried about her husband's safety given the present regime's violent treatment of those who oppose their policies. She takes their children to the United States for six months, only returning just before the election. In many discussions in Kenya and by phone, she challenges Boniface to put family over country, making this film a study of an evolving marriage as much as it is about a campaign. 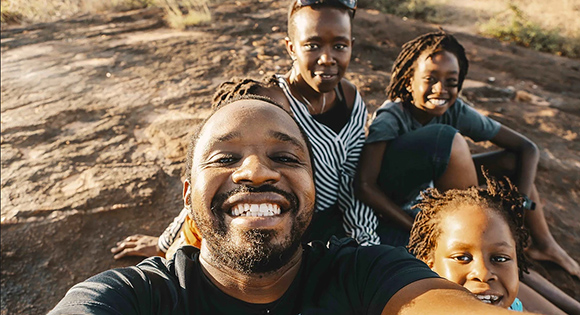 Sofie is directed and written by Sam Soko and it graphically depicts the dangers and difficulties of political activism in countries controlled by authoritarian leaders, who command a violent police force and rule a mostly passive citizenry.