The Woman Who Ran

Directed by Hong Sang-soo
The uses of conversation revealed in three visits to old friends.

The Woman Who Ran showed at the 58th New York Film Festival.

"When I finish a film, I feel like I have overcome a certain hurdle. It's really good for me as a human being and I hope that for some people my films will do the same thing."
-- director Hong Sang-soo

For many years we could not wait to see the next film by the French director Eric Rohmer. His very verbal characters both hid and
revealed themselves in words.

Although a controversial public figure, writer and director Woody Allen had much the same appeal with his films. He tried to seduce us into taking chances with his oddball characters and unpredictable stories.

Korean auteur and frequent participant in international film festivals Hong Sang-soo also makes character-driven movies -- 24 of them in 24 years. This kind of prolificacy is impressive — a sign of both incredible creative energy and inimitable self-confidence.

In The Woman Who Ran, Hong — like Rohmer — proves to be a master of dialogue. Gam-hee (Kim Min-hee), a Seoul florist, visits three old friends while her husband is away on a short business trip. She has a universal intention in mind — to compare the relative success or failure of her life to the homes and lifestyles of her friends. 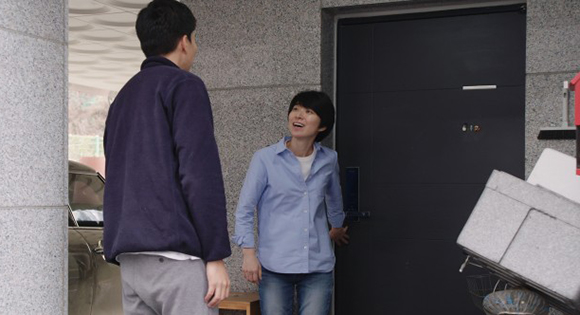 Gam-hee's first visits Young-soon (Seo Young-hwa), a divorcee who is living with her roommate in a suburban apartment. They have a pleasant enough conversation over dinner, but it's clear that Gam-hee is not too impressed. It appears that the most excitement these women have is when a new neighbor stops by to angrily demand that they quit feeding some stray cats. They refuse, saying the cats are their children.

Next she goes to see Su-young (Song Seon-mi), who has a very nice apartment in a wealthy neighborhood. Gam-hee says she wishes she could live in such a nice place, and is surprised when she learns what a deal Su-young got when she bought the place. But she's taken back when a young man who has a crush on Su-young stops by and insists she let him into the apartment. She rejects him and admits that he goes to a bar that she has thought of frequenting to meet men. Her loneliness is apparent, especially to Gam-hee who shares that this trip is the first time she has been separated from her husband in five years of marriage. 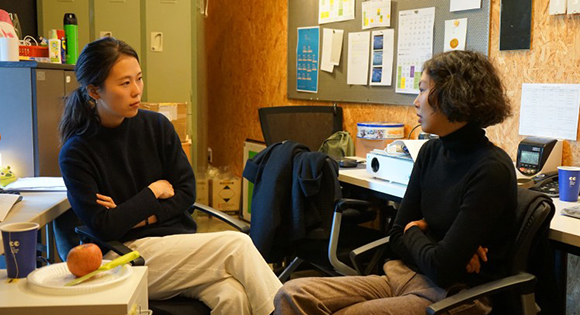 In the last part of the film, Gam-hee decides to go see a movie at a theater managed by Woo-jin (Kim Sae-byuk). They have an awkward conversation since Woo-jin is now married to Gam-hee's former lover. When she goes outside to have a cigarette, she runs into him too. They talk but she still has a lot of residual anger. Then, after returning to the theatre something on the screen happens which has no reasonable explanation -- proving that Hong is a certified member of the Woody Allen film world where strange things always happen!

At the 2019 Berlin Film Festival, Hong Sang-soo won Best Director for The Woman Who Ran.