Directed by Ron Howard
Film version of the memoir of a true believer in the traditional values of the American Dream.

American conservatives have carried on a vituperative, nasty, and unrelenting cultural war against the nation's progressives whom they see as cosmopolitan elitists who look down on them as rural rubes. They roil against the meritocracy of the rich who scorn those who work with their hands. And for years they have spoken out against the dangers and destructiveness of big government which liberals have used to regulate and inhibit the progress of business and the freedom of those who march under the banner of individualism.

J. D. Vance's memoir Hillbilly Elegy was released in 2006 and was a surprise bestseller. This thought-provoking screen version is directed by Ron Howard from a screenplay by Vanessa Taylor. It takes to heart the multiple meanings of the book's subtitle "A Memoir of a Family and Culture in Crisis." If you are among those who are wondering why so many Americans voted for Trump and his disdain for elites and experts in 2016 and 2020, Vance's Hillbilly Elegy will give you plenty of clues. 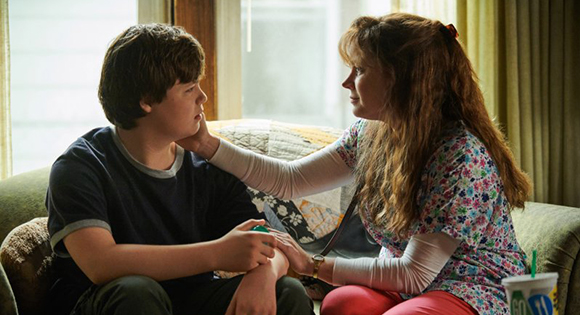 As a young boy, J.D. (Owen Asztalos) is a sensitive kid who has a hard time being accepted by his tough and rough peers. His mother Bev (Amy Adams) was a top-notch student in high school who went on to become a nurse. But somewhere along the way, she lost her self-esteem and became an opioid addict; a string of loser husbands only made matters worse. J.D. (Gabriel Basso) and his sister Lindsay (Hayley Bennett) grow up very fast looking after their wayward mom in this dysfunctional family.

They also must deal with their violent maternal grandmother Mamaw (Glenn Close) who grabs her rifle when she spots roughians or fighting couples who take their troubles into the streets. Yet when things get too difficult with his mother, she takes the boy in, making his life even harder with her tough-love disciple. 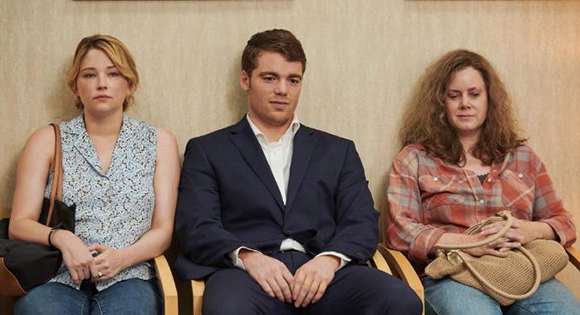 By far the most frustrating and heartbreaking struggle for J.D. is his continuing love/hate relationship with his self-destructive mother. She almost pulls J.D. down with her, but by some gift of grit, determination, and discipline, he is able to push beyond the pain and suffering inflicted upon him by his family. This Appalachian working class youth reaches out beyond the limited horizons of his peers. An example of the poor person who pulls himself up by his own bootstraps, he becomes a Marine and then attends Yale Law School. There, however, he has to deal self-esteem struggles of his own as he comes into contact with those who look down on his roots.

Hillbilly Elegy arrives at a time in which energy and hope about the future are both in short supply. Vance, standing on the right side of the political aisle, urges us to keep the faith in the traditional values of hard work, family solidarity, and economic progress. He tries very hard to make the case that the endangered American Dream can be restored by the moral choices of those who adhere to the traditional values of yesteryear.