Directed by Ekwa Msangi
A touching family drama about the sacred powers of dance.

In Africa, there is a saying, "He who does not dance does not know what's happening."
-- Wayne Teasdale and George Cairns in The Community of Religions

Wars and immigration policies and cruelties have separated wives and husbands, parents and children and grandparents from each other. For most of those who have undergone such separations, it is hard to reunite; change has eaten away at their intimacy.

Seventeen years ago, Walter (Ntare Guma Mbaho Mwine) fled Angola during the civil war, leaving his wife Esther (Zainab Jah) and daughter Sylvia (Jayme Lawson) behind; they eventually got to Tanzania. Now he is a cab driver in New York City working double and triple shifts in order to send money to his family. He has tried to keep touch with them by long distant phone calls but he hardly knows his now teenage daughter. 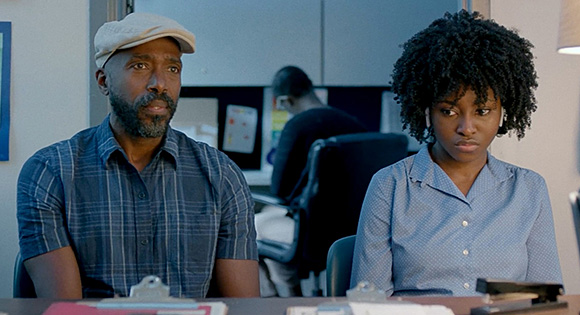 In the opening scene of this film about the emotional challenges faced by refugees, Walter is meeting his wife and daughter up at terminal at JFK airport. They are all very awkward in each other's presence during this reunion and even more when Walter takes them to his small one-bedroom apartment in Brooklyn. It's obvious they hardly know each other.

Esther tries to pick up her duties as wife and housemaker, but she is upset to discover that Walter has been keeping company with another woman. A conservative Christian, she finds some solace by making the family attend church. Meanwhile, Sylvia barely speaks to her parents and after a while admits she is homesick for Africa. 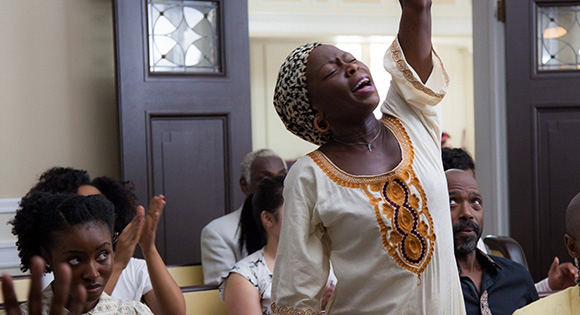 Writer and director Ekwa Msangi opens up our empathy for all three characters by shifting the point of view from Walter to Esther and then to Sylvia. We get a sense of each of their stories and feelings and can understand their uneasiness with each other despite a yearning to connect. The tension between them escalates when Sylvia wants to join a dance contest at school. Her God-fearing mother forbids it, but her father, who has fond memories of dancing with Esther in Angola, sides with his daughter. 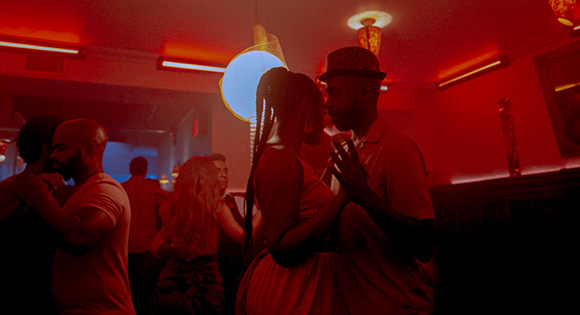 In a substantive director's statement, Msangi points out the spiritual themes which tie together this touching drama:

"Many of the Africans/Tanzanians, some of whom were exiled and unsure whether they would ever return home, relied on music and dance to remain connected to their culture and homeland. It was how they were able to share their culture with their children who were born abroad. Dancing to a particular song created a muscle-memory that preserved what they hoped they could one day return to."

Msangi closes by saying, "This is a theme that I explore in this film: how music and dance are used to hold memory and create a platform for hope and faith."

Farwell Amor is a simple tale well told about the healing and transformative power of dance.