News of the World

Directed by Paul Greengrass
Western about the healing power of storytelling and kindness as a spiritual practice.

It is 1870 and Captain Jefferson Kyle Kidd (Tom Hanks) has survived three wars and is now making his living traveling from town to town in the West reading stories compiled from newspapers -- from local news to events happening in other parts of the world. His audiences are eager for news of these places they will likely never see and especially for funny and positive stories to lift their spirits in difficult times. But there is an ache in the heart of this restless widower.

After he comes upon a young orphan on the trail outside Wichita, Kansas, he takes her to the nearest army base. Her Indian agency papers show that Johanna (Helena Zengel) was kidnapped at the age of ten by Kiowa warriors who had murdered her parents and sister. She has had more than her share of violence, grief, and stress, and now the Indians who raised her are also dead. But the U.S. Army wants nothing to do with this "uncivilized" child and Kidd realizes he will need to take her to her only relatives, an aunt and uncle in San Antonio. 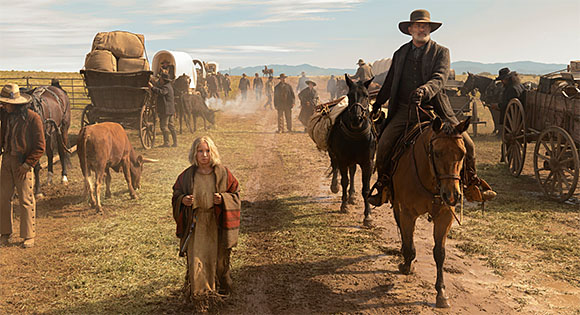 All those who savored True Grit, a Western about an old man on a quest with a young girl, are sure to enjoy the emotional riches of News of the World. Based on Paulette Jiles’ 2016 novel, the emotionally resonant screenplay was written by director Paul Greengrass and Luke Davies.

Kidd and Johanna are tested during their 400-mile journey. They need to learn how to communicate with each other and survive the heat of the desert, the lack of water, and a fierce sandstorm. Gradually the bonds between them strengthen, enabling them to work together when they are attacked by a gang of men who want to use the girl as a prostitute. 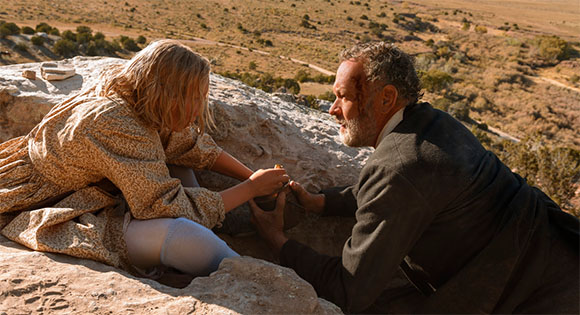 News of the World is a tribute to the power of storytelling as a force that can change minds and hearts. In times like our own, it reminds us that the sharing of universal stories, stories of hope and perseverance, contribute to our resilience. But the best thing about this film is its celebration of the spiritual practice of kindness. Tom Hanks gives another memorable performance as a man of war who in his later years demonstrates this precious character quality. This description of the practice in The Hidden Power of Kindness by Lawrence G. Lovasik captures many of its effects evident in film:

"Kindness drives doom and darkness from souls and puts hope into fainting hearts. It sweetens sorrow and lessens pain. It discovers unsuspected beauties of human character and calls forth a response from all that is best in souls. Kindness purifies, glorifies and ennobles all that it touches."