Directed by Jayro Bustamante
A ghost story with an urgent political message.

The demons possessing Jayro Bustamante’s exquisitely haunting La Llorona are more terrifying than any cheap jump scare in most typical horror fare. With his two previous films, Ixcanul and Temblores, Bustamante has already proven himself to be an artist uniquely equipped to plumb the depths of spiritual crises, and with this third feature, he uses the setup of a well-known Latin American ghost story to cut right to the heart of the lingering traumas of genocide, thus making a profound statement on power, accountability, and trauma.

Guatemala’s civil war, most horrifically represented by the “silent holocaust” between 1978 and 1983, resulted in the deaths of over 200,000 people between 1960 and 1996, with 83% of those murdered of Mayan-Ixil origin. Bustamante takes the appalling facts of these government-sanctioned human rights offenses and builds a waking nightmare that incorporates deeply affecting supernatural flourishes, but never feels too far from the real-life tragedies at its root. 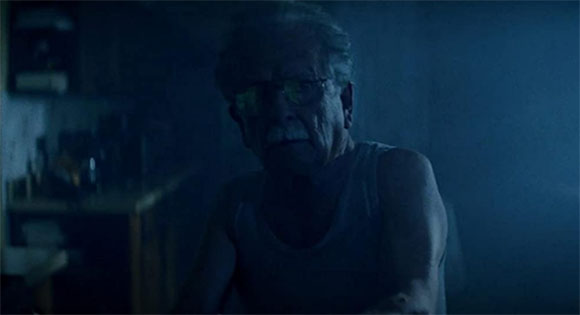 La Llorona opens the night before retired army general Enrique Monteverde (played by Julio Diaz and inspired by the very real and very infamous Efraín Ríos Montt) is set to face a war tribunal, a long-delayed fallout from his participation in the extermination of countless Mayan-Ixil people. His family seems to be not quite capable of wrapping their privileged heads around all that their obstinate patriarch has committed, but in the courtroom, the violence, rape, and devastation that Enrique has condoned is laid plain through harrowing witness testimony. Enrique is found guilty, but, in typical fashion, the maddening insider benefits of government corruption gets him released back to the comforts of his cavernous mansion.

It’s here that a strange haunting begins. Enrique might be free to roam his grand house, but with protesters beginning to surround it in droves, he and his family are trapped inside, prisoners in their own home. Soon, due to the growing masses outside and to Enrique’s fragile mental health, the family’s frightened staff flees, save the loyal Valeriana (María Telón). Enrique is soon surrounded mostly by women, including his indignant wife Carmen (Margarita Kenéfic), his confused daughter Natalia (Sabrina De La Hoz), his too-young-to-care granddaughter (Alya Elea Hurtado), and a mysterious new hire, the luminous and quiet Mayan-Ixil maid Alma (Maria Mercedes Coroy). 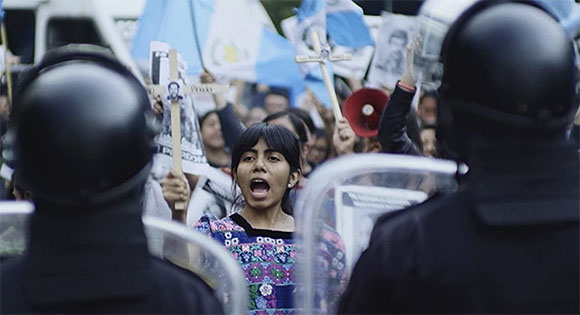 After Alma’s arrival, the house’s inhabitants begin to suffer delusions and nightmares and the facts and consequences of Enrique’s genocidal crimes are revealed in increasingly monstrous flashes. As each woman realizes her own complicity in the denial and disappearing of Enrique’s guilt, they encounter visions that both devastate them and draw them into the possibility of life beyond attachment to this odious man whom they have supported for too long. It’s not quite hope that’s offered to them, but it’s something akin to a costly grace. 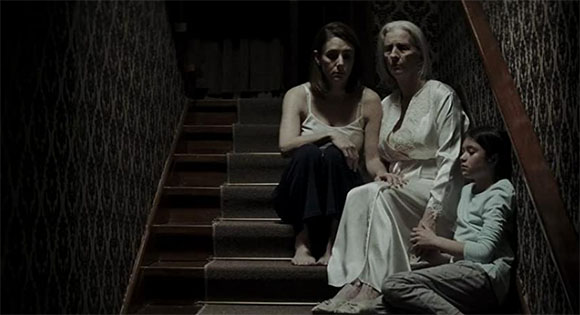 In Latin American folklore, “La Llorona” or “The Weeping Woman” is a traditionally feared specter who is said to have drowned her children and who now haunts bodies of water, doomed to cry out about her own crimes for eternity. Bustamante injects this well-worn legend with urgent potency. His take is a clarion call, amplifying the silenced voices of the survivors and demanding that society hold accountable those who have abused their racist power. It’s a political polemic that is both breathtakingly specific and damningly universal, applicable to far too many instances of state-sanctioned crimes against humanity. Its churning maelstrom of hard truths nearly drown the viewer by the ending credits. But it is a film to be faced, if this cruel world is to authentically attempt to make a necessary sea change. True to its foundations, La Llorona is drenched in the tears usually associated with its titular wraith, but it’s the ample blood on the hands of its human characters that give it its suffocating power.