Directed by Li Cheng
A moving meditation on queer coming-of-age in an unaccepting environment.

Li Cheng’s José unfolds like a quiet, intimate prayer. Its titular protagonist (Enrique Salanic) barely speaks for most of the film’s running time, which makes any moment he does share something out loud a true revelation, and much likeJosé himself, the entire film has a burning, yearning intensity. It’s a simultaneously subtle and earthshaking story, both powerfully specific to the LGBTQ experience and utterly universal in its themes of belonging, alienation, and the search for something that feels like home.

Cheng interviewed a collection of “José”s as research for the film, asking young queer people to describe their experiences growing up amongst the insidious combination of homophobic violence and religious rhetoric so prevalent in the world in general and specifically in Guatemala City, where José is set. The result is a slice of life drama that encapsulates the stories of so many in the story of one man struggling to find his own path to freedom while feeling tethered to a societal path that has been built upon the dangerous status quos of accepted inequity, rampant machismo, and Christian supremacy. 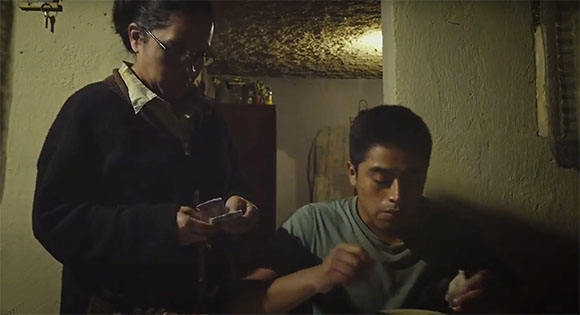 José lives with his mother (Ana Cecilia Mota), both of them working hard to get by and to preserve their little corner of the city. José hustles cars to stop at the food stand at which he works so he can talk them into purchasing something to eat while his mother sells her own creations on the street and regularly is shooed away by dismissive police officers. It’s a tenuous existence and Cheng’s sensitive storytelling allows the film’s opening scenes to feel completely lived-in; he juxtaposes the tranquil, deep love shared between these two calm presences at home with their more desperate demeanors out in the street.

But José has another life that transcends the tediousness of home and work. His cell phone serves as a hookup to a world outside these daily, oppressive rhythms, linking him to casual trysts with other men. It’s a clandestine network that offers José and so many others a hopeful horizon, but still feels vulnerable to exposure at any time. The secrets shared between these seekers as they gather for physical closeness and then scurry back to their lives are never explicitly underlined, but it’s obvious that what’s happening behind closed doors would be dangerous and even deadly for them, if they were ever uncovered. 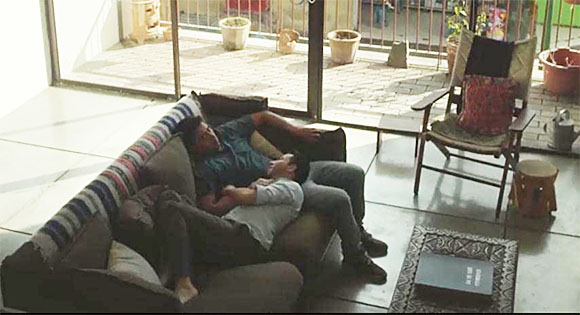 When José finds a special bond with a Caribbean migrant named Luis (Manolo Herrera), his future and the film begin to feel simultaneously lighter and heavier. Theirs is a beautifully comfortable connection and José’s placid face glows with the joy of young love, but it’s also a ratcheting up of the threat against José’s carefully maintained dual existence. Both inner and outer pressures begin to weigh on the couple, and their relationship strains under the disparate demands of what they so desperately need to do and what society tells young men they must do.

The church looms large in the background of this battle. José’s mother is torn between the truths she is learning about her beloved son and the exclusive doctrines that her religion tells her are true. As she doubles down on her faith, José fumbles toward his own sort of faith, one that affirms who he is and the love he seeks. The stark difference between the promises of these two paths creates an unbearable tension. While images of prayer and worship appear to bring a certain comfort to congregants, it’s the scenes of José and Luis enjoying a freewheeling motorcycle ride and José coming face-to-face with a stone idol amongst some rural Mayan ruins that suggest a more life-giving spirituality than anything organized religion can offer.

Ultimately, José’s story is left open-ended, allowing audiences to wonder what will become of this blossoming youth as he continues to tentatively explore the push-and-pull of his obligations and his dreams. Staying true to the experiences of those interviewed for Cheng’s project and of so many queer people, José is both necessarily unsatisfying and wholly authentic. It exists in that potential-packed liminal space between the world as it is and the world as it should be and. Even as José moves back and forth between who he wants to be and who he’s told to be, José invites us all to take a hopeful breath and lean more boldly toward the future.