Directed by Lee Isaac Chung
A touching slice-of-life story of a Korean-American family trying to create their own version of the American Dream.

Jacob (Steven Yeun) is an ambitious and optimistic Korean immigrant who in the 1980s moves his wife Monica (Yeri Han) and their two children, Anne (Noel Cho) and David (Alan S. Kim), to a plot of land near the Ozarks in Arkansas. The adults had been working as chicken sexers in a California poultry processing plant; they take up the same work at a local hatchery to pay their bills, while Jacob begins to farm their land. He proudly tells his kids that together they are going to grow their own big garden using "the best dirt in America."

While he is excited about the new independence he feels, Monica is shocked that they have to live in a shabby mobile home. She is also concerned that they are living so far away from a hospital because David has a congenital heart condition that may need emergency treatment. 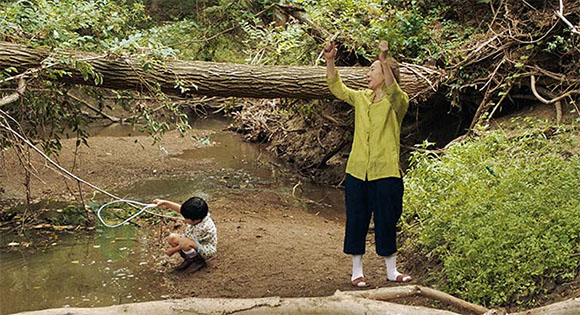 The two children sense the new tension between their mother and father. It is like a dark cloud hanging over all of them. Matters are complicated even more when Monica's mother, Soonja (Yuun Yuh-jung) arrives from Korea to help take care of the children. David is taken aback by this old woman who doesn't fit his image of a quiet and kindly woman handing out homemade cookies to everyone. Instead she is an inept cook and a foul-mouthed card-player.

To help with the farm, Jacob hires Paul (Will Patton), a middle-aged American Korean war veteran. He is a zealous Pentecostal who is totally animated by his faith and commitment to God. Although Jacob doesn't understand that aspect of his assistant, the two get along and work well together growing Korean vegetables. The plan is to sell to Korean restaurants and markets who have been bringing in produce from far away in California.

None of this turns out to be easy, and Jacob's plan suffers serious setbacks. But Director Chung is not giving us a story about the easy life; he is showing us the appeal of a new life, even if it requires overcoming doubts and difficulties. 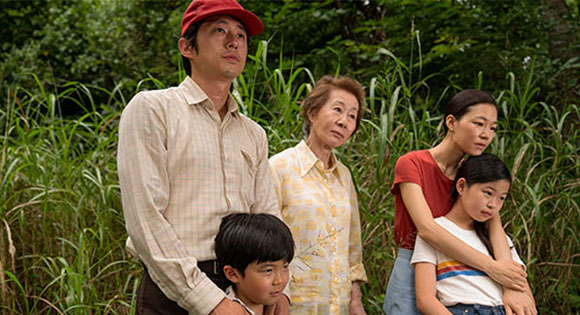 The title of the film refers to a plant common in Korea that can be used as food and medicine. Grandmother plants minari seeds in a nearby creek, explaining its value to young David. "It grows anywhere. Rich or poor can enjoy it. It can be medicine. It is truly wonderful." That could be a motto for this family -- and so many others like them. Like minari, the American Dream can grow anywhere.

This well-written drama puts before our hearts and minds some of the essential sights and sounds of the United States, a country which defies generalities and retains its amazing capacity to nourish dreams.
The poet Archibald MacLeish once noted: "America is promises." Minari provides evidence that he was right.