Directed by CJ Hunt
An account of what the arguments around the removal of Confederate statues in the South reveal about racism in the U.S. today.

The Neutral Ground is showing in theaters and is also the opening program in PBS's acclaimed POV series. It can be streamed from POV.org through August 2.

"Race is about the American story, and about each of our own stories. Overcoming racism is more than an issue or cause -- it is also a story, which can be part of each of our stories, too. The story about race that was embedded into America at the founding of our nation was a lie; it is time to change the story and discover a new one.

"Understanding our own stories about race, and talking about them to one another is absolutely essential if we are to become part of the larger pilgrimage to defeat racism in America."
-- Jim Wallis in America's Original Sin

CJ Hunt is a comedian and filmmaker from New York City who is currently a field producer on The Daily Show with Trevor Noah. In 2015, he was in New Orleans when the City Council voted to remove four Confederate monuments from prominent locations in the city. Learning about the contentious debate around this decision, he decides to interview politicians, demonstrators in favor of the monuments, and his own father about what these statues are still projecting about the reasons for the Civil War. He does not expect this assignment to so deeply expose his ideas, ideals, and emotions about being a Black man. 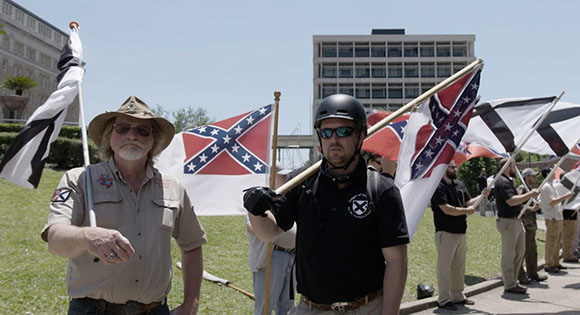 Hunt is astonished at the large number of white citizens, politicians, and law officials (past and present) who praise and even reverence slavery as the cornerstone of the South's economic, cultural, and even moral clout. Even more mind-boggling are the power and presence of Confederate heritage groups and the stories they tell about slaves loving their owners and preferring to stay on plantations rather than face danger in the outside world. This version of the Southern culture was promulgated in family stories, newspapers, and movies as the "Lost Cause."

More of the same is proclaimed in Civil War re-enactments where proud Southerners don battle gear to fight the hated Yankees. Hunt takes part in the event so he can have a chance to hear the stories and witness the emotions of the participants. But it's baffling to him, nonetheless. Moving on from Mississippi to a march of white supremacists in Charlottesville, Virginia, Hunt is both shocked and frightened to be in the presence of violence and death. Later, he witnesses the jubilation in the crowds as the Confederate statues are removed. 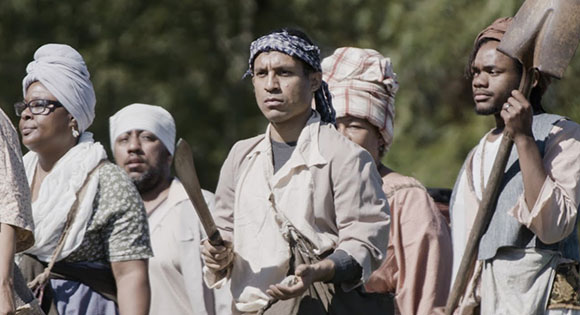 This documentary follows Hunt's journey from unengaged Black man to one who participates in a ritual slave rebellion reinactment march. In one of the most moving scenes, he visits the Whitney Plantation to see a memorial to the 1811 Slave Revolt, which consists only of heads to mirror what happened when the slaves were killed. He wonders, as do we, why so many stories about the victims of slavery have not been told through the generations.