A western story about an old cowboy who demonstrates the power of trust and experiences the benefits of gentleness.

A rampant lack of trust has permeated societies around the world. It affects business leaders, politicians, police, religious leaders, educators, and journalists. According to psychotherapist and prolific author David Richo, trust, which he calls "a reliance on reliability," lies at the heart of all relationships. This quality is undermined when someone deceives us, cheats us, lies to us, disappoints us, doesn't come through for us, or deliberately demeans or hurts us. This movie addresses many of those trust issues.

Mike Milo (Clint Eastwood) is a former rodeo star and horse trainer who plunged into addiction and depression after his wife and child were killed in an automobile accident. His boss, Howard (Dwight Yoakam) has helped him regain his balance but can't keep him on as a trainer. But he does ask Milo to go on a mission for him.

Howard abandoned his son Rafo (Eduardo Minett) years ago and has learned that his irresponsible Mexican wife (Fernanda Urrejola) has lost track of him and may have been abusing him. Milo's mission is to find the 13-year-old boy in Mexico City and bring him home to Texas.

Milo finds the boy living on the streets and supporting himself by winning cockfights with his scrappy pet rooster named "Macho." His personal mantra is "Don't trust anyone." But Milo's unique brand of tough love convinces the boy to trust that his father really wants to give him a home (and there are horses there). Their journey is filled with dangers as his mother, who considers the boy no more than her "property" sends her boyfriend and some federales to find them. 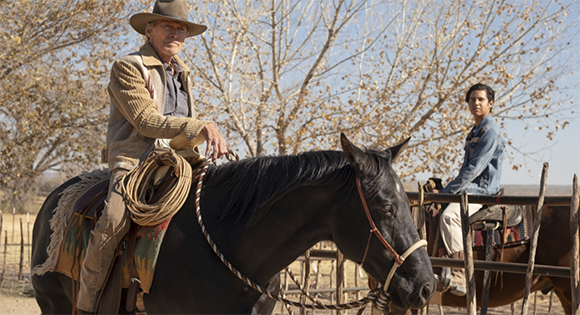 Cry Macho is co-written by Nick Schenk and N. Richard Nash and is adapted from Nash's 1975 novel. This ethically rich story about the adventures of an aging gringo and a Mexican boy takes a surprising turn when these two stop at a small ranch where Milo and Rafo draw closer together as he teaches the boy how to ride a horse and the rewards of healing animals with gentleness and compassion.

In a message from the heart, the elder counsels the boy:

"This macho thing is overrated. You think you have all the answers, but then when you get older you realize you don't have any. But by the time you figure it out, it's too late." 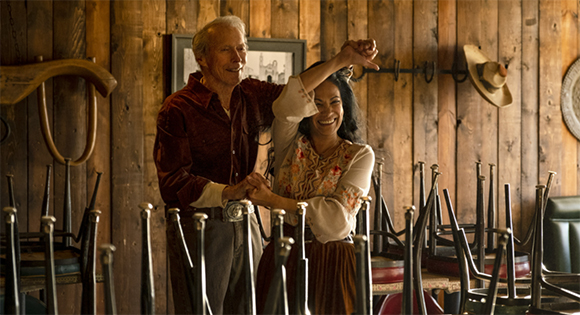 It's not too late for these two. The last leg of their journey to the U.S. border is a graceful time well spent in a quiet village where Milo connects with Marta (Natalia Traven), a hospitable Mexican widow who runs a cantina. Here they all learn about the beauty of gentleness.