They Say Nothing Stays the Same

Directed by Joe Odagiri
A character study about a Japanese elder who models kindness, hospitality, and reverence.

Many of the most spiritually literate films focus on the theme of character and the qualities that are essential to a deep and fulfilling life. Theologian James Wm. McClendon has written:

Character is created and comes to life in our everyday habits, our routine choices, and our work and household activities.

In his 1999 book The Force of Character and The Lasting Life, psychologist James Hillman challenges us to reframe our ideas about aging and the role of character in contemporary culture. His goal is "to restore the ancient link between older age and the uniqueness of character." Aging, he says, is a laboratory for character formation. 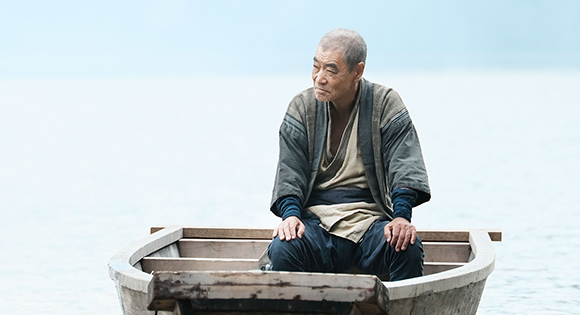 One illustration of this point is the Japanese film They Say Nothing Stays the Same. Joe Odagiri has written and directed a poetic, meditative, and creative film that focuses on the life of an elder, taking within its warm and wide embrace the beauty of nature, the clash between progress and tradition, and the spiritual practices of humility, simplicity, kindness, hospitality, and being present.

Toichi (Akira Emoto) is a 70-year-old Japanese elder who carries people, animals, and goods in his ferry across a pristine river in a Meiji-era remote community. He is a soft-spoken man who enjoys the mountains surrounding his simple shack and takes time to sit in silence on a favorite spot overlooking the river. He follows a monk-like lifestyle, beginning every day splashing water on the planks of his boat to keep the wood from warping and leaking. It is rituals like this one, and the steady stream of customers, that keep him satisfied with his life. He takes his time, even when an angry businessman in a hurry abuses him verbally.

"We pay a price for this modern kind of progress."
-- Thomas Moore

Toichi has no family and so he looks forward to visits by Genzo (Nijiro Murakami) who often brings food and cooks a meal for them to share. This young man is upset by all the noise upstream where a large bridge is being constructed. Whereas most of his neighbors view this project as making their lives more convenient, Genzo is convinced it will mean Toichi has no more work. But the old man's equanimity means he expresses neither approval nor fear about the bridge. His openness and hospitality mean that he is happy to welcome onto his boat a hunter, a philosophical elderly woman, and several performers on tour. The ferryman demonstrates his experience in solving problems by figuring out a way to get a bull across the river. 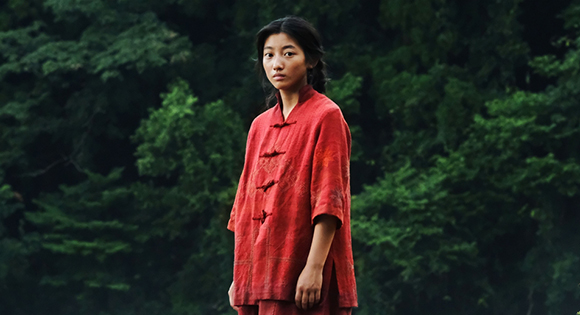 The most sublime act is to set another before you.
-- William Blake

But perhaps the most daunting challenge for Toichi is the injured teenage girl (Ririka Kawashima) he pulls out of the river. Even though she will not tell him what happened to her, he patiently nurtures her back to health and provides a safe place for her. Gradually she comes around, doing chores around the house and listening to the usually quiet boatman. He confesses to her that he sometimes has doubts that he is a good man, but we have no doubts about that.

In the film's most beautiful scene, Toichi helps a friend (Masatoshi Nagase) whose father, the hunter, has died. The old man had asked that his body be left in the forest where it could be consumed by the same kinds of animals he once hunted there. Toichi, his friend, and the girl take the body across the river and through the dark forest, creating a ritual of reverence that is yet another example of this elder's character.

Joe Odagiri has written and directed this poetic and meditative Japanese film that conveys the mysteriousness of nature and of human kindness, compassion, and simplicity.