Directed by Reinaldo Marcus Green
A dynamic sports drama about the core values of the American dream.

The game is all there is to the true athlete. She believes that practice draws out the best in her. Her sport is a great spiritual teacher that gives her unforgettable lessons in patience, trust, humility, poise, freedom, and resilience. The training and the game itself build character and much more. Those who compete against her also challenge her -- they are mirrors of her discipline, desire, commitment, and passion. All these aspects of sports are illustrated in this true story of the shaping of two tennis superstars. 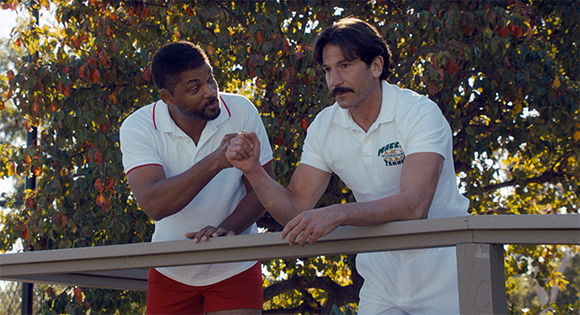 Richard Williams (Will Smith in an Academy Award-worthy performance) is an ambitious dreamer who works nights as a security guard and spends his days with his family. He is the driving force behind his two talented tennis-playing daughters, Venus (Saniyya Sidney) and Serena (Demi Singleton). In their early years of training, he is their coach, their cheerleader, and their moral exemplar. He is also the girls' publicist and career strategist with very firm opinions on how they should be involved in the tennis world; he tells everyone who will listen that he's had a plan for them since before they were born. And he's not one bit naïve about how hard it will be for two Black girls to break into the predominantly rich white people's sport. 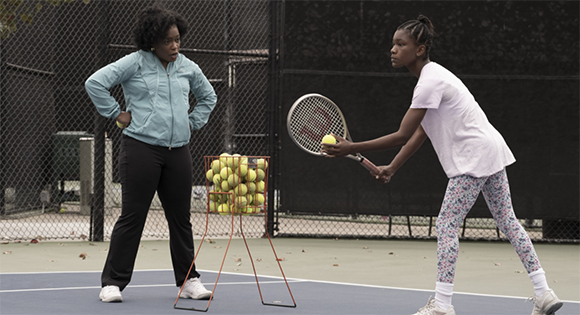 Richard is married to Oracene (Aunjanue Ellis), a nurse who shares his dream of creating a safe and emotionally satisfying home in the ghetto town of Compton, California. But when her husband turns into a dominating patriarchal father, she sides with Venus and Serena who want more input on their coaches, sponsors, and perks of becoming superstars. As they begin to dominate in the tennis world, Williams is labeled as "controversial," "outspoken," and "provocative."

King Richard is directed by Reinaldo Marcus Green who has presented a thought-provoking sports drama exploring some of the core values of the American Dream which continue to dominate our cultural life:

Be a success.
It's good to have a plan.
Dream big.
Just do it.
Have lots of fun.
Have self-esteem.
Play to win.
Money makes the world go around.
Do it your way.