Not Going Quietly is streaming from PBS's POV series.

We need heroes, people who can inspire us, help shape us morally, spur us on to purposeful action -- and from time to time we are called on to be those heroes, leaders for others, either in a small, day-to-day way, or on the world's larger stage. At this time in America, and in the rest of the world, we seem to need moral leadership especially, but the need for moral inspiration is ever present," writes Robert Coles, the Pulitzer Prize winning author of many books including The Moral Intelligence of Children.

Not Going Quietly is an uplifting and enlightening documentary about the extraordinary life and work of a hero for our time and an exemplar of moral leadership. Ady Barkan was named on Time magazine's 2020 list of "100 Most Influential People" for his health care advocacy. 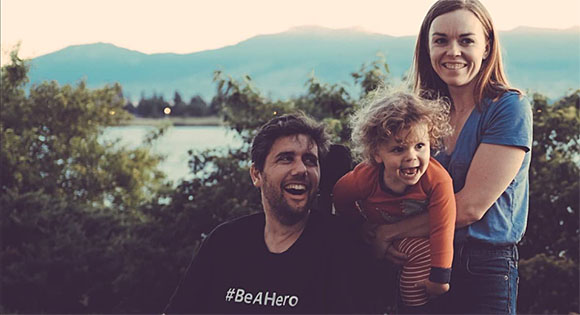 He was born in 1983 in Southern California, graduated from Yale Law School, and became a liberal activist at the Center for Popular Democracy. Then in 2016 while devoting his time and energy to the creation of a better health care system, Barkan is diagnosed with amyotrophic lateral sclerosis (ALS), widely described as "Lou Gehrig's Disease." As many as 30,000 Americans are afflicted with this always fatal illness. It kills motor neurons in the brain and spinal chord and attacks the patient's ability to walk, eat, and finally to breathe.

It is heart-breaking to watch the terrible progression of this disease on Barkan. But this courageous man decides to follow in the spirit of Dylan Thomas's 1952 and "not go gentle into that good night." Devoted to his young son and supported by his wife Rachel and numerous allies, he decides to use his situation to draw attention to inequities in the U.S. health care system. Marshalling all his prophetic zeal, he travels across the country on a speaking tour. He encourages others to "Be a Hero" by telling their stories of injustice and confronting elected officials about unjust and inhumane health care policies. He also leads a protest against Brett Kavanaugh's Supreme Court nomination and supports a radical economic justice agenda. 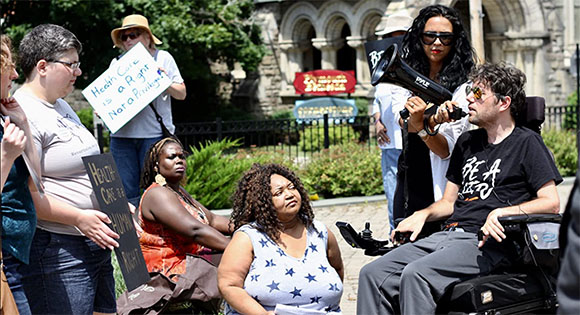 Not Going Quietly is one of the best nonfiction biopics of 2021. Here are three takeaways from it:

* "Our time on this Earth is the most precious resource we have."

* "The beauty of democracy is that together we can be more than our individual selves."

* "This is your moment to be an American hero."

Film: The Theory of Everything

Film: I Am Breathing

Film: The Man Who Learned to Fall