Directed by Liz Garbus
A visually appealing documentary about Jacques Cousteau's vast and enthralling explorations of the watery world.

"We must go and see for ourselves."
-- Jacques-Yves Cousteau's motto

The curious little French boy who was enchanted with water, oceans, and the many different sea environments became Jacques Cousteau, oceanographer, filmmaker, inventor, photographer, and author. Liz Garbus, an award-winning documentary director, has created a fascinating, wide-ranging, and deeply spiritual film about this extraordinary man. She has imaginatively used newly restored footage from Cousteau's estate archive. The result is an entrancing overview of his vast and enthralling explorations of the watery world.

Cousteau graduated as a gunner officer in World War II but a car accident ended his dreams of flying. He then became interested in free-diving and the challenge of staying underwater longer. With a little help from friends, he invented the Aqua-Lung which enabled human beings to examine many new aspects of the marine environment. He also put together a water-proof housing unit for cameras. That enabled him to make the Oscar-winning documentary The Silent World in 1956. 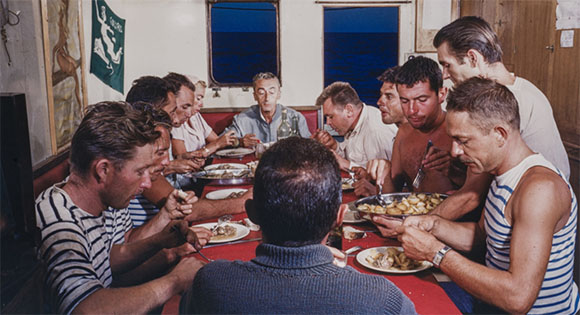 One of the high points of his career was converting an ex-minesweeper and transforming it into a research vessel which he named Calypso.
In order to pay for it, Cousteau made a decision which turned out to be more costly than he ever imagined: he worked with oil companies to find locations for underseas drilling, thus becoming an early player in the destruction of the marine ecosystem. He also joined with large corporations interested in the idea of creating undersea human settlements.

But realizing that this kind of progress would only accentuate the loss of what he loved so much, Cousteau shifted gears. He made films and a very popular television series in which he showed and criticized the fouling of the oceans and its coral reefs, shoals of fish, and glaciers. "The Underwater World of Jacques Cousteau" ran for eight years and achieved an audience of 26 million; many episodes are still available online. His work showcased the beauty of the sea with the understanding that if people came to love the sea they would protect it. 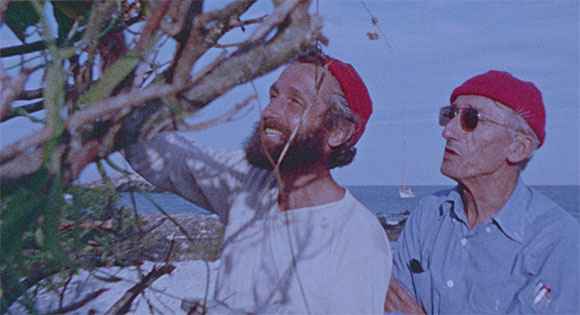 In the closing stages of his life, this explorer and environmentalist spoke up for halting pollution, the build-up of carbon dioxide, and the wanton destruction of the precious resource of water. He launched a petition drive for a Bill of Rights for Future Generations to assure that tomorrow's children would have an uncontaminated and undamaged Earth. Today the Cousteau Society carries on this work and much more to nurture and sustain the source of all life and the bloodstream of the Earth.