Lady Chatterley's Lover is French filmmaker Laure de Clermont-Tonnerre's second film following her astonishing debut The Mustang. His adaptation of D.H. Lawrence’s controversial 1928 novel is rated R for strong sensual content and graphic nudity. The drama follows the sexual journey of a young woman from marriage to marital disappointment to a passionate affair to the challenge of a new life in love filled with adventure.

“A woman has to live her life, or live to repent not having lived it.”
— D.H. Lawrence

Connie (Emma Corrin) is married to Baronet Clifford (Matthew Duckett), a wealthy aristocrat who returns home from the Great War with paralyzed legs. He does not want anyone to know that he is incapable of fathering an heir and insists that Connie be his caregiver. While he focuses his energies on business ventures, Connie yearns for affection and something to call her own.

“I want to live my life so that my nights are not full of regrets.”
— D.H. Lawrence 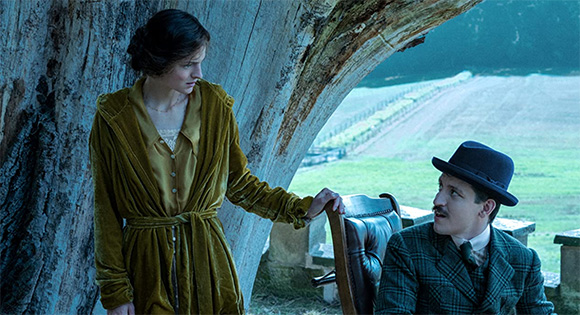 Worn down and depressed by the stress of tending to her husband’s demands, Connie hires a full-time nurse and begins taking walks on the estate. She is shocked when he suggests that she might find a man to father a child for them to raise, but soon an opportunity presents itself. She meets Oliver Mellors (Jack O’Connell), the gamekeeper who lives in a small hut on the property. She enjoys his company and soon they are having sex regularly. 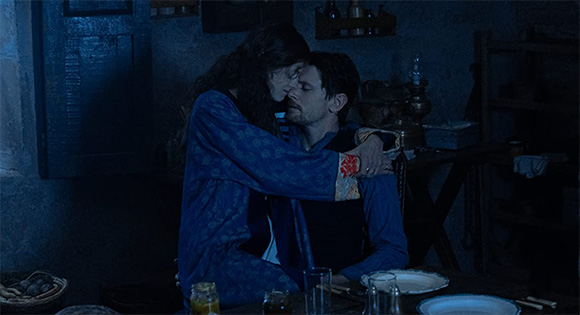 This story emerges out of the class-consciousness and prejudice that were prevalent in post-World War I England. Sex becomes the vehicle that transforms the two lovers so they are able to break out of their stations and contemplate a different way of living. We suspect that how it challenges the status quo is what has made this story so controversial over the years, not its explicit sex scenes.

No form of love is wrong, so long as it is love, and you yourself honor what you are doing. Love has a variety of forms! And that is all there is in life, it seems to me. But I grant you, if you deny the variety of love you deny love altogether.
— D.H. Lawrence