A bittersweet fable about belonging and loneliness.

Hirokazu Kore-eda is a master of highlighting the aching humanity bubbling beneath the layered depths of complicated societal situations. Broker, his latest offering and his first to explore tensions in South Korea instead of his usual Japan (after a 2019 sojourn to France for The Truth), shows how beautifully Kore-eda’s approach translates across cultures. Different countries may have different realities, systems, and problems, but Broker reveals that the human desires to belong, to connect, and to thrive know no borders.

Kore-eda begins with a stark and startling fact: Every year, hundreds of babies are abandoned in South Korea, many of them left in “baby boxes,” temporary shelters where parents can anonymously insert their infants into a slot and leave them to be cared for by others. In Broker’s broken world, one of these baby boxes is attached to a Busan church. One rainy night, So-young (Lee Ji-eun) leaves her own offspring, stopping just shy of opening the box door itself and instead leaving the little one on the ground outside 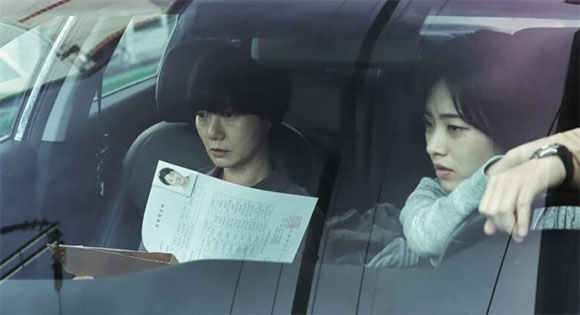 So-young’s act is witnessed by two police officers (Bae Doona and Lee Joo-young) who are staked outside the church as they pursue two men whom they suspect of baby brokering. Inside the church, those men, Sang-hyeon (Song Kang Ho) and Dong-soo (Gang Dong-won), are indeed doing just what the officers fear. Soon, the child, Woo-sung, is in their custody, and they have plans to make a quick sale to the first willing couple they can find.

But this is a Kore-eda parable where simple plans are always further interrupted by very human entanglements. So-young has second thoughts. She returns to the scene of her abandoning act, but when she learns what Sang-hyeon and Dong-soo have in mind, instead of calling the cops, she joins forces with them to make the sale, launching a journey that might seem heartless in the hands of any other filmmaker, but feels organically heartfelt under Kore-eda’s carefully nimble guidance. The trio travels the roads of South Korea, followed by the police officers, and both groups transform along the way. 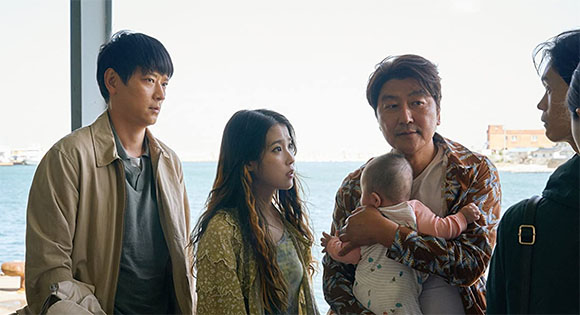 Broker isn’t a hard-hitting exposé and it isn’t a broad comedy caper. Kore-eda excels at gently exploring the underbellies of social systems, frequently opting to give vibrant voice to those who are dangling most precariously at the edge of the margins. And as with all of Kore-eda’s creations, while this film certainly both holds some heaviness and has some fun with its premise, Sang-hyeon, Dong-soo, and So-young are more than mere canvasses for moral arguments and certainly more than caricatures. Even with the revelation of a murder and the addition of a cute elementary school aged newcomer (Im Seung-soo) to the makeup, the film never feels overstuffed or overwhelming. It maintains a delicately heartfelt and deftly humorous tone that is simultaneously weighty enough to matter and light enough to leave space for its characters to clumsily evolve in all of their complex charm.

Ultimately, Broker is about much more than the very real and very sad seed at the center of its messiness. Though the helpless baby Woo-sung might be the most obviously vulnerable among the characters, it is steadily revealed that everyone involved is just as homeless, all of them eager to find both belonging and a hopeful horizon to keep them striving to grow up. The cruelly stagnant, inhumane systems that set Broker’s plot in motion cannot care enough to hold any of this yearning, but this exceedingly humane film makes a moving case for how compassionate human connection can both fill in the heartless gaps and remind us all why we were born in the first place.