Directed by Norman Rene
Helps us understand the bravery and gallantry of those who have been forced in the prime of life to confront death and grief.

According to novelist Andrew Holleran, AIDS has been "a cram course in death" for the gay community. Just what that means in the lives of a small circle of friends in New York City is spelled out in Longtime Companion. With great sensitivity, screenplay writer Craig Lucas and director Norman Rene follow eight gay men and one straight woman from July 3, 1981, when the New York Times printed an article on the outbreak of a "rare cancer" in the gay community, through 1989 when a few survivors of the epidemic were devoting most of their energies to volunteer work for the Gay Men's Health Crisis.

Longtime Companion draws viewers into the experiences of these young men. We feel what it is like to be held in the grip of fear, to watch friends and lovers die, to experience the prejudice and indifference of the straight world, and to comfort the sick and the dying with compassion.

In one of the most affecting scenes in the film, a middle-aged screenwriter whose mind has been ravaged by AIDS dementia is ushered out of life by his lover with the gentle words "let it go." A year later, friends gather for a memorial service for this caretaker, who has also succumbed to the disease. Their memories of him are both poignant and funny. Throughout their terrible ordeals, the men use humor and wit as survival tools.

Longtime Companion was one of the best films of 1990, thanks in large part to the talented ensemble cast including Sephen Caffrey, Patrick Cassidy, Bruce Davison, John Dussett, Mark Lamos, Dermot Mulroney, Mary-Louise Parker, and Campbell Scott. A decade later, it is still a powerful film experience. It helps many straights understand the bravery and the gallantry of those who have been forced in the prime of life to confront death and grief. Their stories draw out our empathy. By being invited briefly into their community, we gain a much needed perspective on what AIDS has meant to gays and from them we learn of the challenges the disease poses to the entire society.

With its remarkable humor and humanity, Longtime Companion lingers in the mind far after the closing credits have appeared on the screen. This film about love and loss proclaims that caring and compassion are what make us most human. It is about ethics in action. 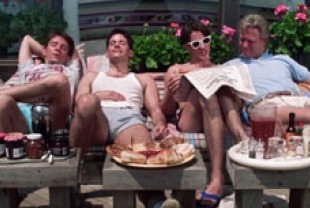 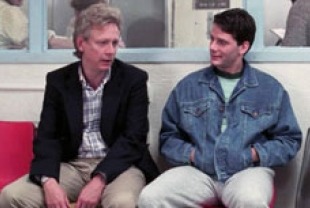 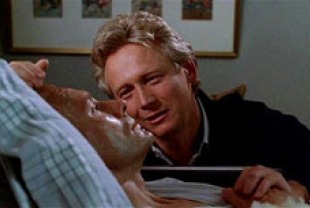